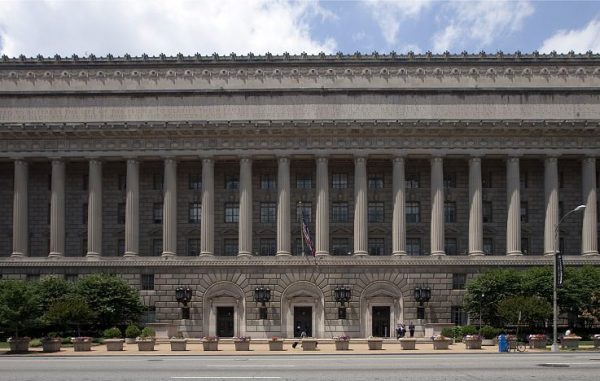 A Washington, D.C.-based financial institution is looking to become a bigger player in the mortgage market – and using two local executives and a Chesterfield office to get started.

The Department of Commerce Federal Credit Union is setting up a new mortgage division and has chosen to base the new operation in Chesterfield County. The organization has leased 3,000 square feet of office space at 5309 Commonwealth Centre Parkway in Chesterfield.

Evan Clark, CEO of the $430 million credit union, said the new mortgage operation is the result of DOCFCU’s pending application to significantly expand its field of membership.

It was chartered in 1934 to serve employees of the Department of Commerce. It later expanded to compete for the business of anyone in who lives, works or goes to school in Washington, D.C.

It’s awaiting approval for an application with the National Credit Union Administration to serve anyone who joins the Maryland office of the American Consumer Council, Clark said.

“We’ll be able to serve anyone who lives in a bordering state of Maryland,” he said, which includes Virginia, West Virginia, Pennsylvania and Delaware.

“We’re going to expand our mortgage offerings both to our members and to our potential members,” he said.

The new division also is fueled by the credit union’s decision to underwrite its own loans. It previously farmed out its underwriting to a third party, which raised the rates it was charging, Clark said.

That prompted the DOCFCU to go it alone and hire Ron Voli and Lisa Owen to head the Richmond operation, both local residents with previous stints at Essex Bank and the former First Capital Bank. Clark said that was the main driver for opening here.

It plans to start with four staff, and Clark expects that headcount to grow to around 20 by the end of 2019.

“Our goal is to get open by September and we’ll ramp it up in the fourth quarter and early next year,” he said.

Clark said the new division has a particular target borrower in mind.

“We’ll focus on folks that need mortgages, particularly those who may not be able to get a conventional mortgage,” he said, adding that he doesn’t categorize the bulk of targets as so-called subprime borrowers.

“It’s people who might have a nick in their credit or there’s something unusual about the property (they’re trying to purchase),” he said.

The institution set its target at $30 million per month in loan originations by the end of 2019. Clark said it will try to claw out its place in the market by pricing aggressively. The credit union will look to hold the loans on its books, as it has done historically.

For now the new division will be branded as DOCFCU Mortgage, but Clark said there are rebranding concerns because of the pending expansion beyond D.C. and its Department of Commerce heritage.

“We’re really wondering about that,” he said. “One of the issues that we’ll have is people will say, ‘Gee, I don’t work for the Department of Commerce, so I can’t a mortgage.’”