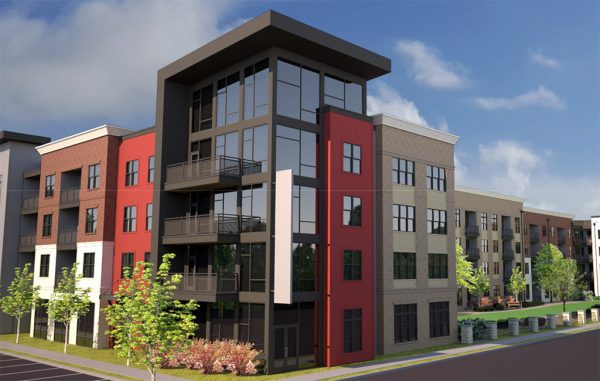 With a land acquisition in the bag, a well-known local development duo is underway on a new $55 million apartment complex in Chester.

That follows their $3.8 million acquisition last week of the 59-acre parcel that was needed for the three-building development to begin taking shape.

Emerson said the apartments would be built in phases, with work on the first two buildings underway.

“The first phase is 200 units, which will be done in about 18 months. The second phase will probably be done two years behind that,” Emerson said.

The apartments will be one- to three-bedrooms, renting monthly from $850 to $1,500. Amenities will include a pool overlooking the complex’s nearby namesake Moore’s Lake.

Roper, who routinely has teamed with Emerson on projects, said they’re targeting a wide demographic for tenants. 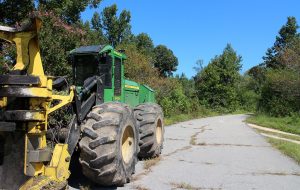 “We have a lot of people who sold their houses and moved into our other complexes,” Roper said. “I think some people don’t want to mess with the yard, the renovations on houses. Here they don’t have to worry about anything.”

Another big chunk of land also may be in play next door to Roper and Emerson’s site. A separate, commercially-zoned, 52-acre parcel facing Jefferson Davis Highway may soon have a developer. Broker David Smith of Cushman & Wakefield | Thalhimer, who represented the seller in the Roper and Emerson deal, said he’s in final negotiations with a developer for the neighboring commercial plot.

Both parcels have sat vacant for nearly 10 years after a trailer park that once occupied the land was shuttered in 2008.

Meanwhile on the western side of Chesterfield County, Emerson has his eyes on bringing apartments to an existing commercial development. He and Casey Sowers have proposed a two-building, 236-unit complex within Westchester Commons that would overlook Route 288.

[…] County, George Emerson is involved in at least two large apartment developments: the 385-unit Moore’s Lake Apartments and a 236-unit complex that will bring the first residential rooftops to Westchester […]