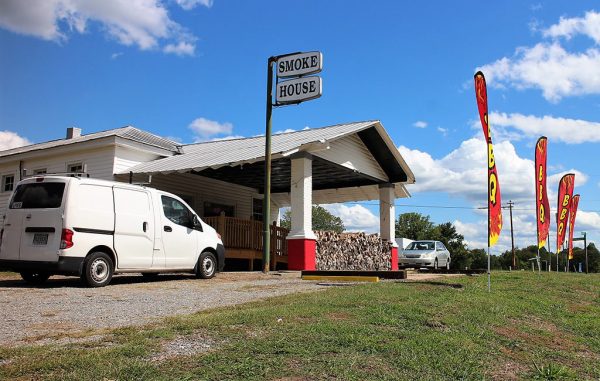 There’s another new player in the local barbecue scene – this time in Goochland County.

Owner and pit master Chris McPherson had been running Piedmont Smokehouse as a catering operation and the space was supposed to serve as its commissary kitchen.

He eventually realized the building, home to the former Cambell’s General Store and a feed store, had more potential as a full-on restaurant.

“It’s such a cool space,” McPherson said. “People will come in here and remember as kids buying penny candy.”

“We smoke the mac-and-cheese and baked beans under pork butts,” McPherson said. “That gives them a smoky taste.” 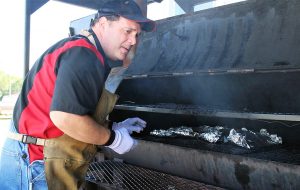 “I had Sysco come in and say we can sell you desserts,” McPherson said. “I told them, ‘Yeah, you could, but it’s not made by my neighbor.’”

Establishing Piedmont Smokehouse has been a life goal for McPherson, who invested $25,000 to transform the space from feed store to restaurant.

Since graduating high school and culinary school, he has worked in kitchens in cities including Austin, New York City and New Orleans. After marrying his wife, Jennifer, the couple moved to Goochland where they launched Piedmont Smokehouse seven years ago as a food truck. That eventually led to catering.

“People would come up, try our barbecue and then ask if we could cater their daughter’s wedding or parties,” McPherson said.

He stopped operating the food truck in 2015 to focus on catering, leading to the restaurant venture.

“We are a true family business,” McPherson said. “We have put a lot into this because we believe in what we do and the type of food that we make.”

It’s the latest barbecue joint to open in the region, following the launch of Smohk in Scott’s Addition.

Correction: An earlier version of this story incorrectly identified the former tenant of Piedmont Smokehouse’s building as Carter’s General Store. It was in fact called Campbell’s General Store.