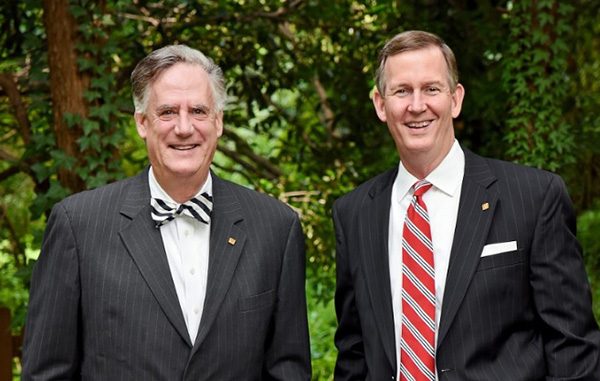 A Richmond bank has lured a former SunTrust and Monarch Bank executive out of retirement to lead its first push into Hampton Roads.

Midlothian-based Village Bank on Monday opened its new branch in Williamsburg – its 10th location and its first outside the Richmond region.

“Our strategy really is to be in some other markets to get some diversity of scale,” CEO Bill Foster said. “Williamsburg was one of those.”

The new office will be helmed by Bill Carr, who, in addition to past leadership roles at the former Virginia Company Bank and Monarch Bank, had been a Peninsula market head at SunTrust.

His boss at the time was Foster, who said Carr went into retirement when Monarch was acquired last year by TowneBank.

“The right people happened to be available, so the timing was right,” Foster said.

As Carr put it in a statement: “There are only a couple of bankers for whom I would come out of retirement. Bill Foster, whom I worked with for 10-plus years at SunTrust, is one of those bankers.”

For its Williamsburg outpost, Village has leased space at 5372 Discovery Park Blvd. in the city’s New Town section. The location was left vacant by the former Middleburg Bank, which was recently acquired by Northern Virginia-based Access National Bank.

Adding to the SunTrust and Middleburg connections, Village picked up commercial banker Michael Maddocks, a lifelong Williamsburg resident who recently left Middleburg and had previous stints at Old Point National Bank and SunTrust.

Also on board in Williamsburg is branch manager Linnie Green, Paula Dazley, Ernestine Sledd and William Phillips from the bank’s mortgage arm.

Foster said it’s the first of what could be further steps into Hampton Roads.

“We’re wide open to Bill and Mike doing business the whole way down to Newport News, Hampton, James City County and Gloucester and selectively over on the Southside,” Foster said. “In the broader Hampton Roads market, consolidation has left a real void for small community banks.”