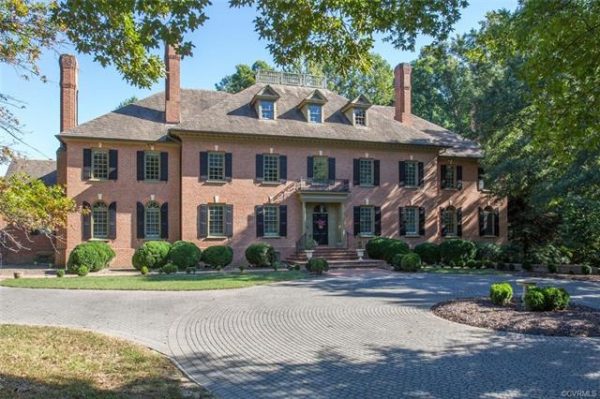 Two recent listings in the same Midlothian neighborhood, including one of the largest Southside homes to hit the local market in recent memory, are adding to the area’s list of million-dollar homes for sale.

The pricier of the two, at just under $2 million, is the 5,500-square-foot riverside home at 4101 E. Old Gun Road. The six-bedroom, five-full-bathroom home was listed Oct. 8 by Alex Glaser of Coldwell Banker Vaughan & Co.

The next day, a significantly larger home at 11801 Aberdeen Landing Terrace, in the gated Reeds Landing subdivision just south of Old Gun Road, hit the market for $1.55 million. Morgan Cruthirds and Frank Hardy of Charlottesville-based Frank Hardy Sotheby’s International Realty have that listing. 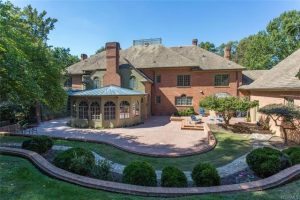 While standing at 11,700 square feet, the Aberdeen Landing Terrace home has a lower price tag than the Old Gun Road home, which overlooks the James River atop 2.1 acres.

Cruthirds said pricing the larger home was a challenge due to its size. The latest Chesterfield County assessment valued the property at $1.41 million.

The Aberdeen Landing home is co-owned by Norman and Patricia Board and John and Caroline York, according to Chesterfield County property records. Cruthirds said the Boards have owned multiple homes and are moving to their primary residence. John York is an orthopedic surgeon who used to practice locally.

The five-bedroom, six-full-bathroom house was built in 1991 and sits on a 1.5-acre lot. Designed by architect Stuart Turner, it includes two offices, a media room, sun room and billiards room.

Cruthirds said he was told the home is considered one of the largest homes in Chesterfield County. He said the home needs updating and has received interest from one couple since it was listed Oct. 9. 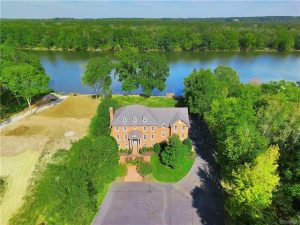 Meanwhile, Glaser said he’s received interest from three couples in the Old Gun Road home since putting it up for sale Oct. 8. The listing is the first for the colonial-style home since it was built in 1996, and Glaser said it’s the first riverside home in Chesterfield County to be listed in several years.

The home is owned by Steven Fiore, also an orthopedic surgeon. Glaser said Fiore is looking to downsize.

Glaser noted that Fiore races BMWs and converted the home’s basement into what he calls a car-collector’s dream space, complete with a car lift and room to fit six or more cars.

“Anyone who likes cars, whether they work on them or not, it’s just a really nice area,” Glaser said, adding that the space could also be converted to a finished basement. 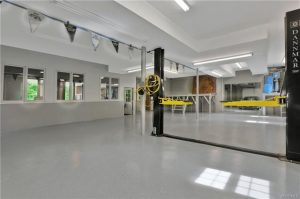 The “car collector’s dream space” in the Old Gun home.

The home includes first- and second-floor master suites, an exercise room, wine cellar off the dining room and a dock on the river. The latest county assessment valued the property at $1.03 million.

“You pretty much do everything possible for listings this high-end,” Glaser said.

Chesterfield has seen its share of the local million-dollar home market. In the nearby Salisbury neighborhood, a home at 14121 W. Salisbury Road sold in September for $1.71 million.

If you need an Inspector I would be available.

So glad to see progress in this Southside area.

I was a personal house keeper and assistant to Dr. Fiore at 4101 E. Old Gun Road before I suffered a serious injury. The house and River front property are magnificent. I cleaned that house every week so I am very familiar with every square inch. I can’t imagine changing the custom garage space into more living space as there is ample space on the 2 main floors. This is a amazing home in my opinion. I still live in Midlothian and would not hesitate to say that this property is prime in our area! Congrats to the lucky new… Read more »