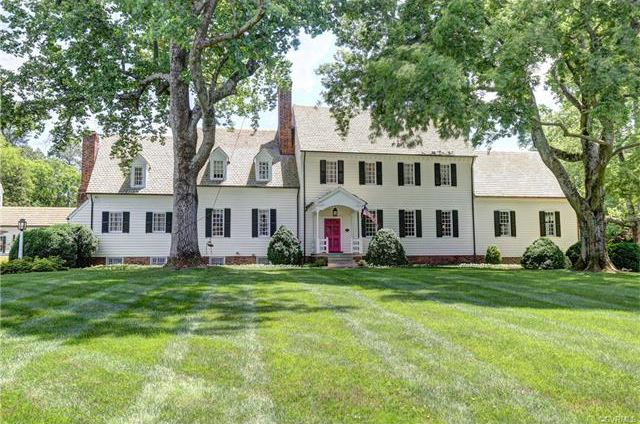 The Windward mansion at 1 S. Ridge Road was originally built in Dinwiddie County in the early 19th century. (CVRMLS)

Another pair of $2 million purchases topped the Richmond area’s priciest home sales in August – the second month in a row with two sales topping that mark.

The 10,000-square-foot “Windward” mansion near the University of Richmond topped last month’s sales at $2.74 million, followed by John and Margaret Gottwald’s secondary home at 7701 Riverside Drive, which sold for $2.05 million.

The purchases are the latest $2 million deals in what’s proven to be a hot summer for Richmond’s million-dollar home market. In July, a 113-acre Manakin-Sabot estate sold for $2.2 million and a West End home at 4716 Charmian Road sold for $2.1 million. 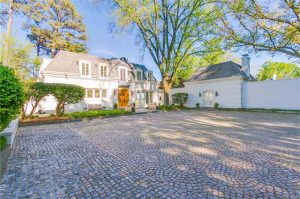 Windward sold Aug. 15, below its original asking price of $2.9 million. The 200-year-old reconstructed home was first put on the market in June 2016. Wes Atiyeh with Joyner Fine Properties had the listing.

Fellow Joyner agent Nancy Cheely listed the Gottwalds’ house, which sold Aug. 23 for about $1 million less than its original $3.1 million price tag. The price was reduced three times since the 5,400-square-foot house was listed in April 2016.

[…] the purchase of John and Margaret Gottwald’s secondary home at 7701 Riverside Drive – the second-priciest home sale in the area in August. The buyers of that house, Matthew and Marshall Rigby, were the sellers of […]

[…] Chesterfield has seen its share of the local million-dollar home market. In the nearby Salisbury neighborhood, a home at 14121 W. Salisbury Road sold in September for $1.71 million. […]

[…] home sale market has been hot this year, with two deals topping that mark in August and two that topped area sales in […]