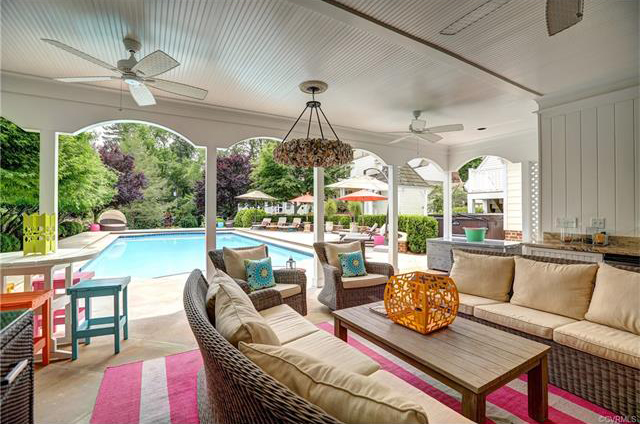 A 200-year-old reconstructed home near the University of Richmond is being sold by members of a notable Richmond family.

“Windward,” a reconstruction of a Federal period dwelling that was relocated from Dinwiddie County nearly a century ago to 1 S. Ridge Road, hit the market on Wednesday for $2.9 million. 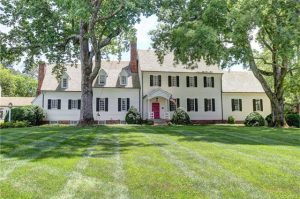 The reconstructed home at 1 S. Ridge Road was originally built in Dinwiddie County in the early 19th century.

The nearly 10,000-square-foot home, at the southernmost end of Westham Parkway, is owned by Donna Sharp Suro, according to Henrico County property records.

Suro is a daughter of the late Richard Sharp, the former Circuit City CEO and CarMax founder. Her husband is Craig Suro, a local investor and former Virginia assistant secretary of health and human resources. His investment support has gone to ventures such as e-cig maker Avail Vapor, music and dance school Passion Academy and Tangier Island Oyster Co.

The home was listed by Wes Atiyeh with Joyner Fine Properties. He said the owners have done two extensive renovations to the home since they bought it in 2005.

County records show the home was purchased that year for $1.1 million. Its latest assessment by the county valued the home and 1.5-acre property at $1.74 million. 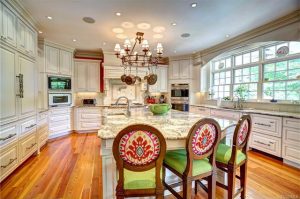 “It’s such a unique property with a lot of history, and it’s in the heart of Westham, right near the University of Richmond,” Atiyeh said. “The estate has a lot of privacy, a lot of history. It’s beautiful, and it’s fun.”

Built in 1806 in Dinwiddie County, the house was dismantled and moved to its current location in 1935, according to research that Atiyeh said the couple commissioned from a historian. The original exterior, chimneys, foundation and interior woodwork were reconstructed, and the home retained its Windward name, which Atiyeh said dates back to its Dinwiddie origin. 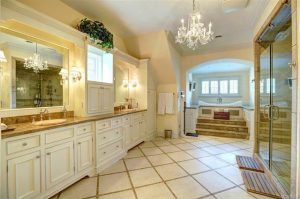 Steps lead to a tub in the master bath. Photo courtesy of CVRMLS.

The grounds include a backyard swimming pool and cabana-style pool house with a stone wood-burning fireplace. The driveway includes an electric entrance gate.

Windward is the latest nine-figure listing in that area of Henrico, just west of city limits. The 6,400-square-foot “Summit” mansion near the foot of the Huguenot Bridge was listed in April for $2.59 million. Farther west, two million-dollar listings just a few doors down from each other remain on the market: 8 Berkshire Drive, listed in March for $2.19 million; and 5 Lancaster Lane, which has dropped in price from $1.79 million to $1.59 million.