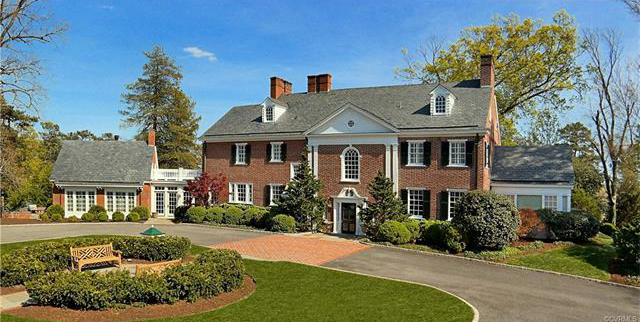 Two colonial-style homes with price tags topping $2 million hit the market the same day this month – one of them returning at a reduced price.

Both homes hit the market April 15, though the Monument home had a no-show stipulation until April 21. They were also both listed through Joyner Fine Properties – the Westham Station home by Richard Bower; the Monument house by Jill Plageman and Mary Davenport. 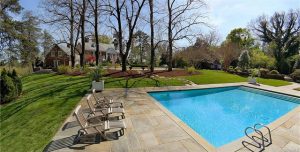 The 5-acre Summit property includes a pool and tennis court.

The 6,400-square-foot Westham Station house, called “Summit,” is owned by Bryan T. and M.P. Bostic, who purchased the 5-acre property in 2000 for $1.77 million, according to Henrico County property records. A recent assessment valued the property at $2.27 million.

Bryan Bostic is managing director of Spanish Moss Holdings LLC and the founder and former CEO of Smartbox Portable Storage, a local portable self-storage company that was acquired by moving giant SIRVA in 2014.

Bower noted Summit was once the home of the late Henry Stern, who was part of the development team behind Innsbrook Office Park.

“Architecturally it’s a gem, in terms of the way it functions. It’s got beautiful formal spaces,” he said, noting an addition the Bostics made that connected the home and a carriage house via a breezeway. Bower also noted the home’s location, just beyond city limits in western Henrico.

“It has all the advantages of living in the city, but it is in Henrico, right on the edge of the city, so you have the Henrico County taxes,” he said. 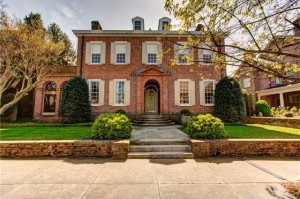 The Monument Avenue house is owned by James C. Mabry IV and Cynthia S. Mabry, who purchased it in 2007 for $2.12 million, according to city records. The quarter-acre property was most recently assessed at $1.54 million.

James Mabry previously served as managing director of Keefe, Bruyette and Woods, a financial firm with offices downtown. He was hired last year by South State Corp., the holding company of South Carolina-based South State Bank, for which he now serves as executive vice president of investor relations and mergers/acquisitions.

A release announcing his hire last August notes the Mabrys would be relocating from Richmond to Charleston, South Carolina.

The house was initially listed last October for $2.39 million by Joyner agents Ceci Amrhein-Gallasch and Bill Gallasch. It was taken off market earlier this month, just days before it was relisted at its reduced price of $2.09 million.

Plageman said the Mabrys, who still occupy the house, approached her and Davenport about taking the listing after seeing the team sell other homes in the area. She said they decided the reduced price based on current comps on the market.

“We met with them, and we just decided we wanted to give the marketing a fresh approach with professional photography, and we brought in an architectural historian to do an extensive write-up on the property itself, about the history as well as the architectural details,” she said. 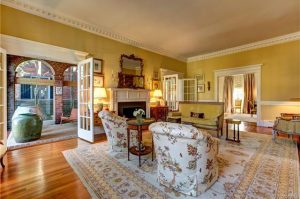 Totaling 6,200 square feet across two stories, the Mabrys’ Monument house includes six bedrooms, four full bathrooms and two half-baths. Other rooms include a solarium and a library with corner fireplace.

Built in 1925 and designed by Baskervill & Lambert, the Flemish bond brick house has been renovated, with its four full bathrooms and other areas updated. The property includes a brick terrace and rear courtyard, with a brick-walled garden designed by Charles Gillette, a carriage house and heated two-car garage.

The Monument house is a block away from another nine-figure property that was also listed by Plageman and Davenport. The home at 2712 Monument Ave. sold this month for $1.56 million – below its list price of $1.72 million – to Philip C. and Patricia B. King, according to city records.