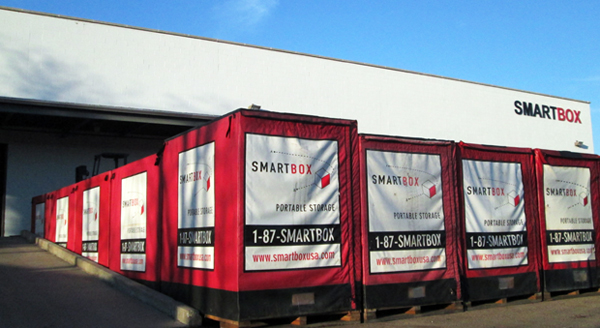 The SmartBox headquarters on Dabney Road. (Photo by Michael Schwartz).

A local portable self-storage company has found a suitor.

SmartBox, a Richmond-based firm that rents onsite self-storage pods through 19 locations around the country, was acquired this week by moving giant SIRVA.

The deal was finalized Monday. Financial terms of the deal were not disclosed.

As part of the deal, SmartBox founder and CEO Bryan Bostic will continue to own the company’s Richmond franchise and he’ll be employed as a consultant to SIRVA.

Bostic would not say whether he retains an ownership stake in either the SmartBox brand or Illinois-based SIRVA.

The deal gives SmartBox a deep-pocketed new owner who can back further expansion. The SmartBox brand will remain as part of the deal.

And SIRVA adds a complementary service to its holdings, which already include well-known moving company brands such as Allied.

Bostic, who began franchising SmartBox in 2004, said the company started its search for a potential buyer last year. It hired the Louthan Group, a local investment banking firm that brought SIRVA to the table. The two sides worked for several months to get the deal done.

“Last spring we really set out on an initiative to find the right kind of partner to help us grow this business,” Bostic said. “SIRVA certainly brings that opportunity to the table.”

SmartBox has tens of thousands of storage units in use by customers around the U.S. at any given time, Bostic said.

It marks the second time Bostic has found a larger buyer for one of his ventures. In 2000, he sold 2B Technology to Ticketmaster.

SmartBox also made its own acquisition in 2008 when it bought Big Box Storage on the West Coast.

“I’m not new to this party,” Bostic said.

In addition to Bostic staying on board, SmartBox corporate employee Dusty Rhodes will stay on as a vice president in the new division within SIRVA.

SmartBox will continue operating out of its headquarters at 2100 Dabney Road.

Congratulations to Bryan and the team at SmartBox!

…always love seeing #RVA business owners and entrepreneurs succeed, grow, and ‘think inside the box’ (sorry had to be done) to grow while keeping jobs, and headquarters right here in our great area! Congratulations on expansion and partnership!