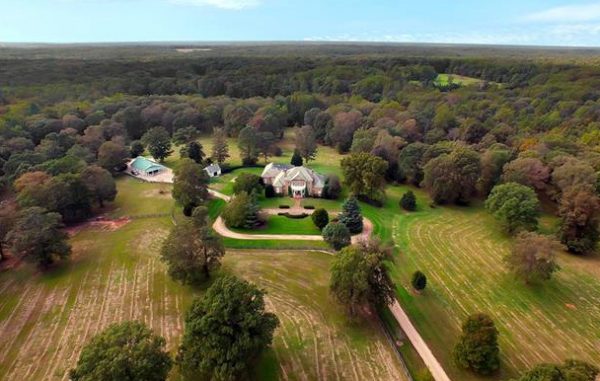 The area’s million-dollar home market heated up in July, with two sales topping the $2 million mark.

The month’s highest-priced sale was 1670 Shallow Well Road, a 6,200-square-foot house on 113 acres in Manakin-Sabot, according to data from the Central Virginia Regional Multiple Listing Service.

The five-bedroom, 5½-bathroom home sold July 26 for $2.2 million, below its listing last November at $2.49 million. The latest assessment by Goochland County valued the property at $2.36 million.

Gary Zeevi is a cardiologist who worked at Bon Secours Health System until last November, according to his LinkedIn profile. He also served two years on the board of directors for Goochland Free Clinic and Family Services.

Carroll said the listing received interest from several parties, including one interested in the acreage for raising cattle for grocery chain Wegmans. She said another party from out of the country considered the property for use as a bed and breakfast. 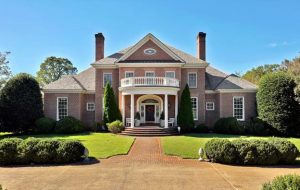 The property was marketed internationally through Long & Foster’s affiliation with Christie’s International Real Estate. Carroll said it also was advertised in The Wall Street Journal, with geographic targeting in Maryland, Washington, D.C. and Charlottesville.

She said the brokerage also targeted vineyards in the Charlottesville area, marketing the property as a vineyard opportunity with an option to subdivide the property into two. Carroll said Long & Foster thought the subdivision option would attract more interest, but the buyer wanted the full acreage.

Fonville said McNeely plans to maintain the property as a private residence. He declined to discuss his client further, citing her desire for privacy.

The property includes a four-stall horse barn and access to a shared pond. The two-story brick house was built in 1994 and includes a first-floor master bedroom, master bathroom with marble flooring, kitchen with heart pine floors, butler’s pantry, library, and fireplaces using reclaimed bricks from an 18th-century home that once stood on the property.

The other July home sale to break $2 million was 4716 Charmian Road in Richmond’s West End.

The six-bedroom, seven-bathroom house was listed by Joyner Fine Properties’ Lynn Pritchard. She represented the sellers, listed in city property records as Thomas and Mary Dabney Jr. Thomas Dabney is a local ophthalmologist. 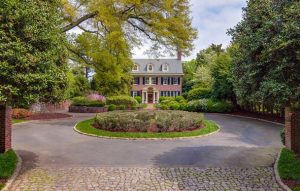 Wade, whose listing at 5301 Kenmore Road was the top local sale in May, declined to comment on her clients or the transaction. Pritchard likewise declined to discuss the Dabneys but said the house sold quickly following multiple showings.

Built in 1915, the two-story brick Colonial includes formal rooms with 11-foot ceilings, an eat-in chef’s kitchen, a study with fireplace, a brick-floored sunroom with views of gardens, a bar, an upstairs game room and a three-car conditioned garage.

“There are typically fewer buyers in that range and it can take longer to sell those houses. It just depends on who is in the market when a house comes on the market,” she said. “I don’t know that the market for the big houses is quite as seasonable as the market for some.”

The last month to see a pricier sale was February, when a Windsor Farms mansion sold for $3.3 million. The previous month’s top seller came in at $2 million, but the priciest monthly sales for the rest of this year have remained below that mark. Seven sales topped $2 million in 2016.

Carroll said houses in Goochland do not sell above $2 million often, adding that the acreage of her listing played a factor.

Fonville, who recently launched his own brokerage with a team of other former Long & Foster agents, said the price level shows the interest and demand for pricier homes in the Richmond area.

“The higher-end market is still moving at a steady pace. It just shows that people are still coming into Richmond and are confident in the Richmond market being a place to invest their money in real estate,” he said.

Rounding out the top five home sales for July were: