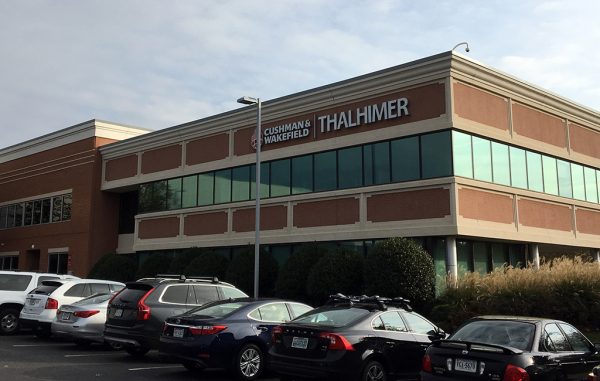 A disgruntled veteran Richmond real estate manager is suing the top brass at his former firm, accusing them of self-dealing and using the company’s employee stock ownership plan as a “tax-free cash warehouse.”

Steve Brincefield, who retired from commercial brokerage Thalhimer in 2012 after 38 years with the firm, last month filed a 56-page lawsuit against five of the company’s top executives for alleged violations of the federal Employee Retirement Income Security Act (ERISA), conspiracy, conversion and other counts on a variety of deals and conflicts of interest that he claims depleted the value of the stock plan by millions of dollars.

The case, filed Oct. 26 in Richmond federal court, claims a botched stock buyback in 2016 caused the ESOP to overpay for shares, and then led to shareholders returning money, in part to allegedly cover up financial struggles and accounting irregularities at MGT Construction, Thalhimer’s construction arm.

Warfield in an email said Thalhimer had no comment on the suit. The company has yet to file its response, according to court records.

The case relates to the Thalhimer ESOP, which was created in 2003 for the benefit of employees of Thalhimer and various subsidiaries. The plan has 407 shareholders, according to the suit.

Brincefield, part of a smaller group of more-tenured employees who earned shares in the company prior to the creation of the ESOP, claims to own 17,460 shares in the plan.

“The (named Thalhimer executives’) overall plan from 2003 forward was always to benefit themselves at the expense of the ESOP,” the case alleges. “They diligently followed through each step of the plan for the last 16 years until Brincefield’s questions brought the scheme crashing down around them.” 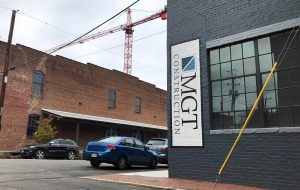 The ESOP gained a controlling interest in Thalhimer in 2004 after Silver and Bisger sold their majority stake to the plan for a combined $10.2 million, according to the suit. It alleges the ESOP took out a loan to buy the shares from Silver and Bisger.

In 2011, Silver and Bisger allegedly loaned money to the company so the ESOP could buy their remaining shares for a total of $2.47 million. The company issued 10-year notes to Bisger and Silver in the process.

The case claims some of the violations of ERISA law, which governs company ESOPs and pension funds, stem from another push in 2016 to buy back certain outstanding shares of Thalhimer stock so the company could become 100 percent ESOP-owned.

Brincefield describes that effort as an “imprudent” purchase of company stock that overvalued the shares by 30 percent. Shortly after that deal, the employees who sold their shares allegedly were told they needed to return 30 percent of the proceeds.

The suit connects that issue to alleged troubles at MGT Construction and its president Michael Logan, who, the suit alleges, “admitted to participating in accounting schemes that were designed to enhance Logan’s bonus payments relative to receivables that were not actually collected, but were represented as having been collected in the subsidiary’s accounting records.”

The suit claims the defendants discovered the scheme in October 2016 and came up with a coverup and unwinding plan to fill a financial hole caused by MGT Construction, which the suit says has become a “cash drain” on Thalhimer overall, and to avoid personal liability at the expense of the ESOP.

A meeting of the former shareholders was held February 2017, the suit alleges, revealing that MGT Construction had not paid construction expenses for at least three years.

The case suggests the blame internally was being placed on Logan, but also argues that it’s not plausible that the defendants were unaware of Logan’s alleged scheme. The suit goes on to claim that the defendants knew of problems at MGT long before the 2016 ESOP deal closed.

Logan did not return a message seeking comment by press time. MGT’s website was taken down at some point this week.

Brincefield claims some of the problems at MGT related to real estate investments made by some of the defendants personally. It claims they had MGT provide construction services on those projects, then delayed the collection of invoices for that work – running up millions in past-due accounts and then attempting to use ESOP funds to fill the hole. 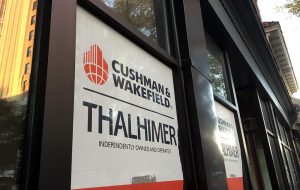 Silver and Bisger also allegedly loaned money to refinance a $3 million loan from SunTrust that leveraged the ESOP. Then Magrill and Warfield allegedly made a second loan to the company of $1.3 million. Both were prohibited transactions under ERISA, Brincefield’s case claims.

Brincefield has remained a holdout, according to the suit, refusing to sell his shares back to the ESOP, despite attempts by Silver and Magrill to convince him otherwise.

He claims he was removed from the company’s executive committee in retaliation.

He also argues the company wrongfully stopped paying quarterly distributions that covered the tax consequences of certain longer-tenured shareholders, leaving him on the hook for $40,000.

In all, the case alleges six counts against the defendants.

The violations of ERISA law allegedly tie back to improper loans, self-dealing and misleading employees/shareholders. It alleges conversion for paying themselves excessively and causing the company to pay some of the defendants interest on improper loans. There are two counts of conspiracy, breach of fiduciary duty and breach of contract related to a stockholder agreement that predates the 2003 ESOP.

Brincefield asks the court to declare the stock purchases were prohibited, remove Studdard as special trustee, remove Magrill, Warfield and Dustin as ESOP trustees, and appoint independent trustees to oversee the ESOP.

He asks the judge to order the defendants to pay the ESOP for all losses that resulted from their actions alleged in the case, to return profits they received through the use of ESOP assets, and pay Thalhimer for all its losses related to the 2016 ESOP deal.

Lastly, Brincefield’s attorneys call for a trust to be imposed over interests that Silver, Bisger, Warfield, Magrill and Dustin own in certain outside real estate deals.

Brincefield is represented in the case by attorneys John Craddock and Michelle Burke Craddock of Richmond firm Craddock Law and attorneys from Wilentz, Goldman & Spitzer of New Jersey.

A message left for John Craddock was not returned by press time.

The suit asks for a jury trial and does not specify a dollar amount being sought.

Brincefield filed the suit on behalf of the Thalhimer ESOP, potentially setting the case up to be a mini-class action for the company’s 400 other shareholders.

Correction: An earlier version of this story described Steven Brincefield as a broker. He was in fact a head of Thalhimer’s property management operations.