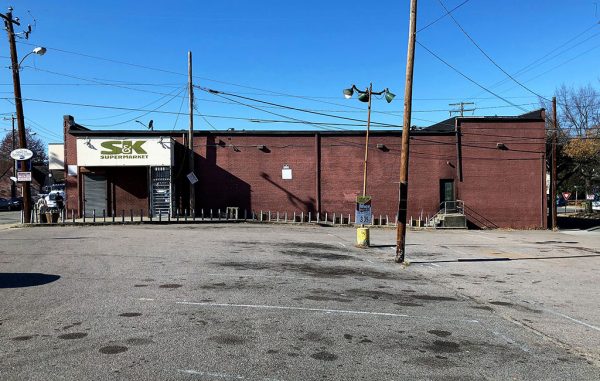 A South Carolina-based development firm known for working with national retailers is the latest player to buy its way into the Brookland Park neighborhood.

Twin Rivers Capital last month purchased the S&K Supermarket property at 1404 E. Brookland Park Blvd. for $1.2 million, according to city records. It’s the largest commercial transaction to date this year in Brookland Park, which has begun to catch the eye of investors and developers.

The property most recently was assessed by the city at $351,000.

The sale, which closed Nov. 20, includes the 8,500-square-foot grocery building and its 0.7-acre parcel, most of which is surface parking bounded by East Brookland Park Boulevard, Rady Street and Third and Fourth avenues.

S&K Supermarket is no longer operational at the location. Former store owner and manager Chong Kim could not be reached for comment Friday.

The market has been a fixture in the neighborhood since the early 1990s. It sold produce and meats, along with toiletries and other items residents were hard-pressed to find in an area with limited access to a full-scale grocery store.

Joe Boyd, Twin Rivers Capital senior property and asset manager, said the company has a retail tenant lined up for the site, but would not identify the brand. He said the tenant plans to renovate the building, which was first constructed in 1940.

The firm works primarily as a site selector and developer for national retailers and restaurants, including Auto Zone, Family Dollar, McDonalds, Chick-fil-A and Best Buy.

“We look at different areas that may be a fit for our tenant,” Boyd said. “For this user, the site was a good fit for them.”

It’s the company’s second investment in the Richmond market. Earlier this year, it developed a Family Dollar store on the site of the former Genes Car Wash at 2665 Hull St. in the Swansboro neighborhood. It sold the property for $2 million in October to Maryland-based All M Properties LLC, according to city records.

Despite a recent influx of local and regional players looking to move into Brookland Park, national retailers have been slow to follow. Dollar General constructed a new building about five years ago at the 2910 North Ave., while Boost Mobile has established an outpost at 2 E. Brookland Park Blvd.

The Northside is being discovered and its a good thing for Richmond’s growth cycle. There’s a lot of room for constructive change between I-64/95 and the City’s north boundary with Henrico. Casual tourists see the rundown commercial area and the Chamberlayne corridor and fail to see the beautiful residential areas that prevail in the Northside. Its a great place to live.

Investors are starting to notice. There is a house under renovation on every block on my street!