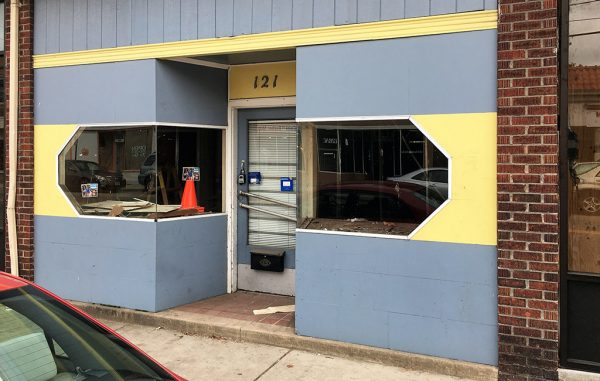 An up-and-coming player in the Brookland Park development scene has added to his cache of storefronts.

It’s the ninth storefront Weiner has purchased in the changing Northside neighborhood, in which he’s invested around $500,000 for acquisitions. He’s quickly becoming one of the neighborhood’s largest retail property owners.

Weiner said he is still examining the neighborhood for a few additional transactions.

His latest deal is a vacant, single-story, 1,000-square-foot building most recently assessed for $63,000. A demolition crew was on site Thursday afternoon removing the building’s façade.

Meanwhile, work has been ongoing since the summer to gut the interior of his other buildings into shells, allowing potential tenants to lay out their space from scratch. New roofs and HVAC systems will be installed, and exteriors will get a makeover.

Ann Schweitzer Riley, a broker with Richmond-based One South Commercial, has been retained to lease the commercial spaces.

Weiner said the storefronts, including his latest property, will receive new facades that will tone down the brick fronts in favor of larger windows fronting Brookland Park Boulevard.

Weiner’s investments add to a growing collection of businesses and investors showing interest in the area.