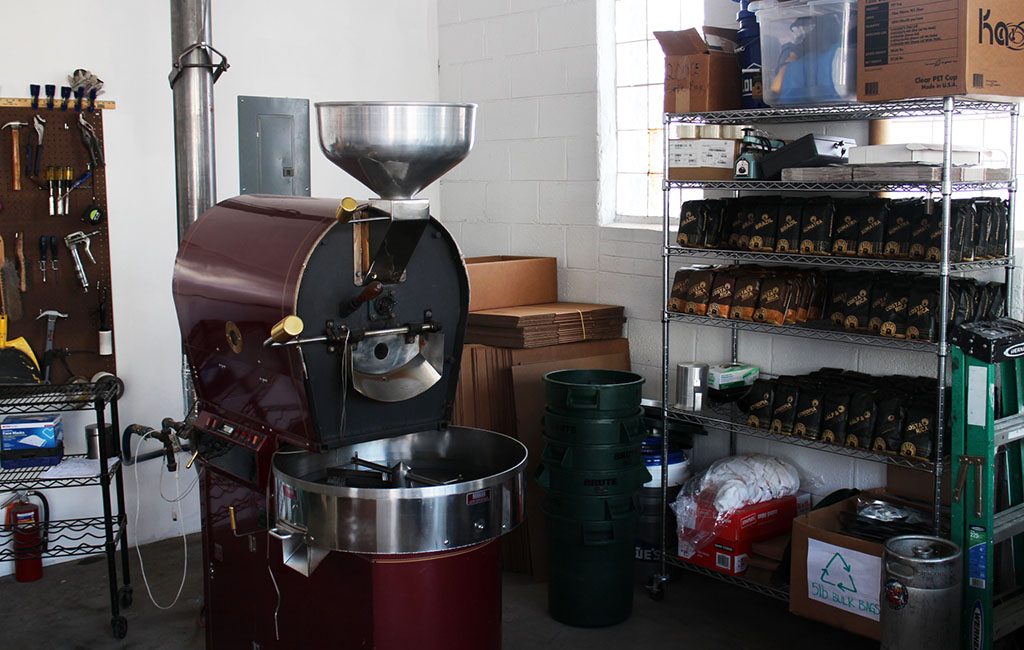 A local coffee brewer is preparing its second area location in the same order it brews its coffee: Roast first, serve second.

Black Hand Coffee Co. is already roasting at its almost-open location at 15 E. Brookland Park Blvd. Owner Clay Gilbert said the location’s on track to open to customers in mid-April.

The 1,500-square-foot space will be called Black Hand Cafe Nostra, which translates to “our café” in Italian. Black Hand’s original Fan location at 3101 Patterson Ave. will continue operation.

The 1950s-era building is an Art Deco-style garage. The renovated space will have 1,000 square feet dedicated to roasting, and the remainder will house a café with eight to 12 seats. Outside, Black Hand is building a fenced-in patio facing Brookland Park Boulevard and an adjacent parking lot, where it will host food trucks and events, Gilbert said.

Gilbert is funding the $25,000 project himself and received city incentives that covered some construction costs. Patrick Sullivan of One South Realty represented Gilbert in his lease with property owner Keith Whipple. Whipple purchased the property in April 2016 for $125,000, through an entity called Brookland Partners LLC, city records show. 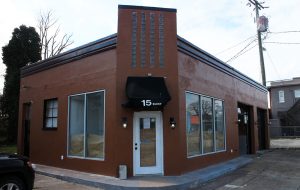 “We wanted to get into an area that’ll be good down the road,” Gilbert said. “I know there are families and a community there that we want to serve.”

Gilbert said the new shop will focus on serving coffee and espresso and roasting for wholesale. It will not offer the bagel sandwiches it serves at its Patterson location, but Gilbert said he plans to install a few taps and serve local beer in the future.

“We’ll have pastries and other small stuff, but we wanted it to be more of a coffee and roasting spot,” Gilbert said.

The Brookland Park corridor has become an area of interest for retailers and developers. The boulevard drew Black Hand away from Scott’s Addition, where it had previously been roasting in a warehouse on West Leigh Street.

Black Hand’s new location will be welcome news for coffee lovers in the neighborhood. Across the street, Streetcar Café closed last fall after just a year in business.

Black Hand has a great product. It is good to see the progress for increased business in the Brookland Park area.

Northside local here, we are super excited for Black Hand’s opening in the neighborhood! Speaking of opening, when will you be open for us to walk over a grab a lovely cup of coffee?