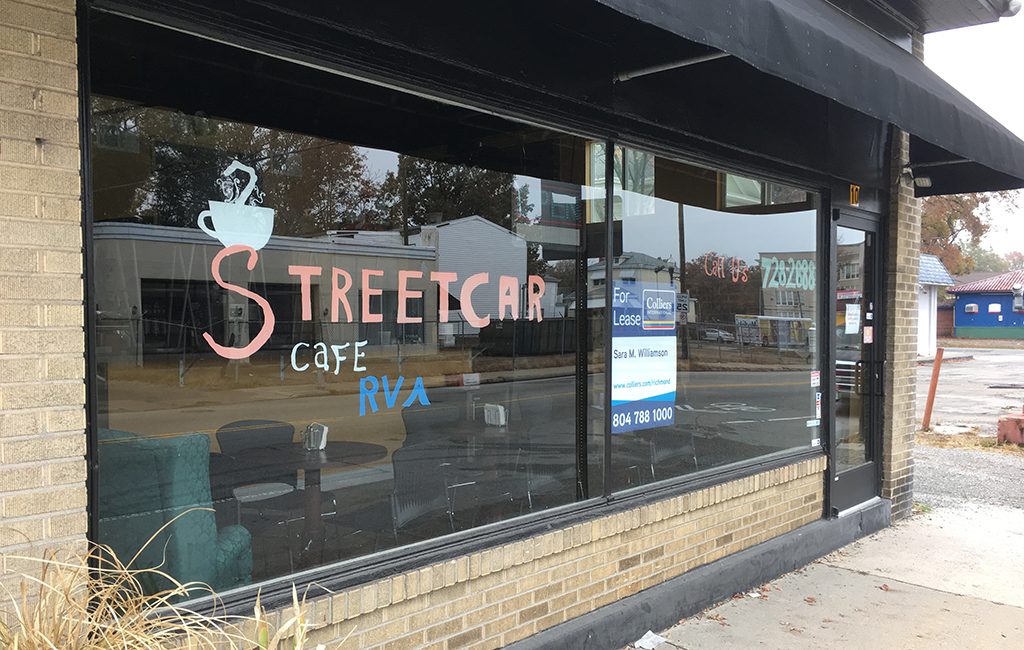 A Shockoe Bottom restaurant is taking a ride to Northside for its second location in three years.

Called Luncheonette Northside, the eatery has taken over the 1,800-square-foot space left vacant from Streetcar Café’s closure last fall. Its arrival is the latest sign of continued interest in the neighborhood from developers and local businesses, some of which have dubbed it the next Church Hill.

“There is a lot happening in the area, and we feel like this is going to be a much needed addition to this neighborhood,” Barzoloski said.

Barzoloski said the Northside location will begin delivery and pick-up service within 1.5-miles of the eatery in coming months, and he hopes to open the dining portion by summer.

“I drove past the space, saw the sign and called Sara,” Barzoloski said. “Just looking at the space, I knew that I wanted to be down here.”

The Luncheonette in the Bottom serves American food, ranging from chicken and waffle egg rolls to coffeecake pancakes, to traditional salad, burger and chicken menu options for breakfast, brunch, lunch and dinner.

“We’re working on quite a few different concepts for the menu at this location,” Barzoloski said. “We’re going to have some fun with the menu by offering options like graham cracker crust s’more French toast, and pork and waffles with sausage gravy and topped with cheese and sautéed veggies.”

Barzoloski said Northside patrons will see some of the same décor and design that welcomes them in Shockoe Bottom, along with some photos specific to Brookland Park.

“There are a number of really cool photos from when this neighborhood was on the first trolley line in the city … so we plan to have those photos hanging up around the restaurant.” Barzoloski said. “We also plan to add Coca-Cola memorabilia and our autographed pictures to the location, which we have at our original location.”

With the exception of the bar, Luncheonette Northside primarily will have picnic-style seating.

“I want people to get to know each other,” Barzoloski said. “Plus the picnic tables let me seat more customers.”

Barzoloski said the eatery is applying for an ABC permit to sell beer, wine and cocktails.

Luncheonette’s move is the latest sign that Brookland Park is in the midst of an economic renaissance, with some developers and brokers calling it the next Church Hill or Manchester.

Barzoloski said Luncheonette Northside also plans to work with its new neighbors, including Black Hand Coffee, which is roasting from its new location across the street at 15 E. Brookland Park Blvd.

“We don’t have anything set in stone,” he said. “But we certainly are partnering up to bring more business to the area.”