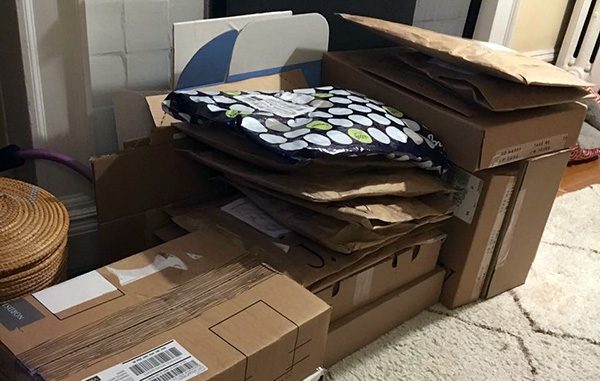 A new local startup is looking to capitalize on ill-fitting sweaters, unneeded socks and other unwanted gifts heading back to stores this holiday season.

ReRunner, launched last month by Richmonder Sarah Abubaker, is an on-demand service to pick up and return items people purchased or received as gifts, but want to return, either online or at participating retailers.

Customers upload a photo of their receipt or shipping label, schedule a time for pickup, and Uber and Lyft drivers dispatched by ReRunner take items to store counters or UPS Stores for shipping.

“It’s Uber for returns,” said Abubaker, who currently works full time as director of advancement operations at University of Richmond. “It’s to help people return things before the deadline.”

The service is live only in Richmond after its soft launch in November and can only be used for credit card purchases.

For brick-and-mortar retailers, ReRunner only works with those that don’t require the credit card to return the item. Uber and Lyft drivers record the customer’s credit card info and provide it to the store.

ReRunner is currently compatible with retailers including Nordstrom, J. Crew, Target and Macy’s. 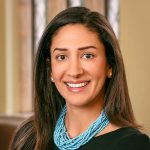 It has an online app and reaches customers through a texting service. Abubaker said a mobile app is in development for an expected launch in early 2018.

The cost is determined by driving distance and item value. Abubaker said the average cost is about $12.

Prior to working at UR, Abubaker was involved in Virginia politics, having worked for Tim Kaine’s administration in workforce development policy.

She said the idea for ReRunner, which for now is a side gig, came to her in early 2016 on the heels of a personal tragedy.

“My mom and my brother passed away in 2014 within three months of each other for unrelated reasons,” she said. “So 2014 and 2015 were really hard, and one of my coping mechanisms was to go to the store and just walk around the aisles.”

Occasionally, she’d buy something for her father or stepmom only to return it, when one day they said they’d pay to not have to go back.

“I returned a 97-cent light switch cover to Lowe’s once. It wasn’t about the money, it was about the idea of not holding onto things you no longer need,” Abubaker said.

She said she’s invested about $15,000 into launching ReRunner, and plans to open an investment round in early 2018.

Though her company is nascent, Abubaker, a JMU and VCU alum, has high hopes for ReRunner going into 2018, noting that online returns are likely to be the company’s big growth opportunity long term.

ReRunner’s chief competition in the return business is Happy Returns, a Santa Monica-based startup with desks at retailers accepting returns for items ordered online. Happy Returns was active in 14 markets nationwide in October, according to a recent report – Richmond not included.