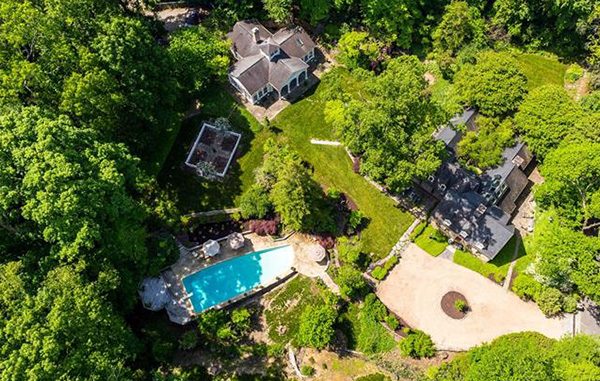 The stone-structure house sits on 1.6 acres that includes a swimming pool and conservatory. (CVRMLS)

A nearly 90-year-old house near the University of Richmond’s Westhampton Lake was the priciest area home sale in November, beating out four others that exceeded the $1 million mark.

The 6,500-square-foot house at 207 Wood Road in Henrico County sold Nov. 9 for $1.85 million, according to the Central Virginia Regional Multiple Listing Service.

The five-bedroom, 5½-bathroom house was listed May 12 by Lisa Elliott with The Steele Group | Sotheby’s International Realty.

The seller was Elisabeth Wright, who purchased the home in 2003 for $1.38 million, records show. The county’s latest assessment valued the property at $1.02 million.

Elliott, who represented Wright in the sale, said she could not discuss the transaction but said the listing received a lot of interest. Ernie Dettbarn, an agent with Shaheen Ruth Martin & Fonville Real Estate who represented the buyer, likewise declined to discuss the sale, citing client confidentiality. 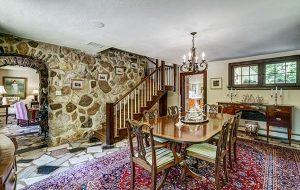 Architect Stephen Muse added onto the original living and dining rooms in 1993. (CVRMLS)

The 1993 addition by architect Stephen Muse added onto the home’s original living and dining rooms with a kitchen that opens into a great room with vaulted ceiling, skylights and sunroom. The 2008 addition included a renovation of the kitchen and enhancements to other rooms.

The home is less than a mile from two other residences that topped this year’s monthly sales: a Mediterranean-style home at 6204 Three Chopt Road that sold in September for $2.2 million, and Windward, a 200-year-old reconstructed Federal period home at 1 S. Ridge Road that sold in August for $2.74 million.

Rounding out the top five for November were four other million-dollar sales: