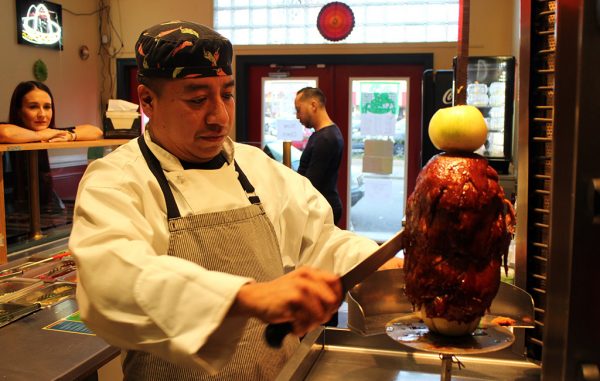 After stints in the kitchens of several area restaurants, a local chef is striking out on his own with a new spot in Carytown.

Coriander closed in October after three years of business.

Menu items also include buffalo wings and mozzarella sticks, as well as dessert items such as tres leches cake and flan.

Carranza, a native of Puebla, Mexico, said many of the dishes’ recipes originate from his mother, who he said inspired him to pursue his dream of becoming a professional cook.

“My mother was a professionally trained cook and had a passion for food,” he said. “I feel like that passion has been passed on to me.”

Since moving to the area from New York City, Carranza worked as a cook at several restaurants, including Morton’s The Steakhouse, La Grotta Ristorante and the former Mediterraneo restaurant in Midlothian.

Opening his own restaurant has been a goal for the chef, who said he couldn’t pass up the opportunity to serve his food in one of Richmond’s busiest retail corridors. 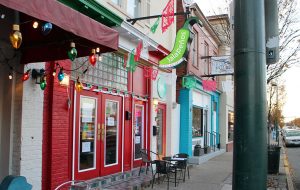 “Everything just really fell into place,” said Carranza, who took over the space’s lease from Coriander’s Elizabet Bandazian. “They were looking for someone to take over the lease; it was in Carytown. It was a perfect place for this kind of restaurant.”

Patrons can dine in or carry out orders, which also can be delivered via the EatStreet app. Carranza said an ABC license to sell beer is pending. Jalapenos is open daily from 11 a.m. to 10 p.m.

A few doors down, a group with ties to Carytown Cupcakes, Heritage and The Roosevelt is opening The Jasper, a new bar in part of the space being vacated by Carey Burke Carpets at 3111 W. Cary St.

And Charlottesville restaurateurs Ravi Dahiya and Rinku Singh have teamed up to open Tulsi Indian Cuisine in the former Spiral Noodle location at 3131-3133 W. Cary St.