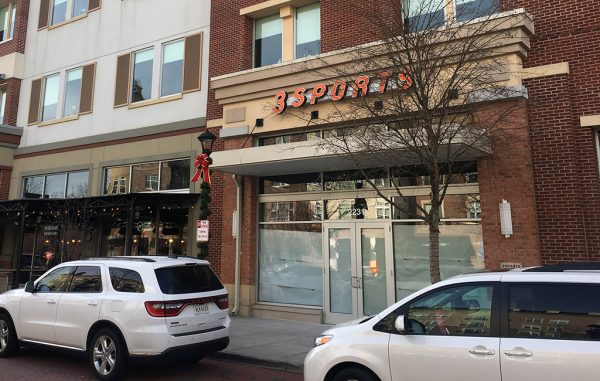 A local triathlete shop has closed in Short Pump as it continues a legal dispute with its upstairs neighbor.

3Sports has closed its location at 2231 Old Brick Road in the West Broad Village shopping center. The store closed Dec. 31.

Owner Andy Williams confirmed that the store closed, but said he aims to keep the business going. In May, 3Sports closed its other location in the River Road Shopping Center.

Its West Broad Village shop was located directly below the Aloft Richmond West hotel. Amid the closing of the River Road location, Williams cited financial setbacks from two flooding incidents from the hotel’s pool that damaged his shop.

In October, a lawsuit was filed on behalf of 3Sports by its insurer, Connecticut-based Sentinel Insurance Co., in Henrico Circuit Court, claiming negligence against Shamin Hotels, which owns the Aloft hotel, and Mid-Atlantic Cross Connection Control, a Colonial Heights-based maintenance company.

In the suit, 3Sports and Sentinel allege the hotel and maintenance company replaced a valve in the hotel’s pool, which led to flooding below in the store.

In November both defendants filed responses denying the allegations, and requested the court dismiss the case because 3Sports and Sentinel did not “state with adequate specificity the amount of damages sought.” In the initial suit, 3Sports was seeking $400,000 from each defendant. The case is still pending, though no hearing dates are set, according to court records.

Williams did not specify future plans for 3Sports. He purchased the business in 2012 with his wife.

As 3Sports exits Short Pump, another bike shop is on the move in the area. Conte’s Bikes is moving its shop from the Downtown Short Pump shopping center to West Broad Marketplace.