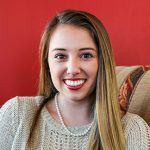 Madison+Main hired Haleigh Lader as a client services coordinator. The recent VCU grad was previously an account management intern for the firm for two consecutive semesters. 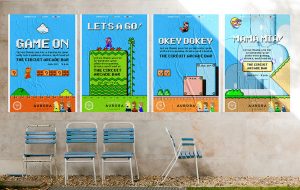 Think was hired by Aurora Title, a Henrico-based title insurance company, to create an email campaign and set of posters for a client appreciation event. The firm picked up local blog Tiramisu For Breakfast as a client. Work will include brand strategy and creative services. Think was also hired by MBM Marketing to design the 2017 Annual Report and a brochure and newsletter for Covenant Woods, a nonprofit retirement community in Hanover County.

Spang TV promoted Jordan Rodericks from senior producer to director. Rodericks recently wrapped work for Bon Secours and is in pre-production on a commercial for Lumber Liquidators. Spang closed out 2017 with broadcast and web work for Purina and Discover Card and a video for Virginia Tourism called “An Oyster State of Mind,” in which New Yorkers are introduced to oysters from Virginia.

Red Orange Studio picked up work from three clients. The firm will be working on internal cultural signage for Hilldrup, a Richmond-based moving and storage company. It won a rebrand and website project with Henrico-based wealth management firm Equity Concepts. And it is signed on to provide marketing and design services for local nonprofit Enrichmond Foundation.

Clocktower Realty Group released its first TV commercial. The 30-second spot premiered over the weekend during the NCAA FCS championship game between JMU and North Dakota State and aired again during an NFL playoff game on ESPN. The spot was produced by Orange County-based Tri21 Media.