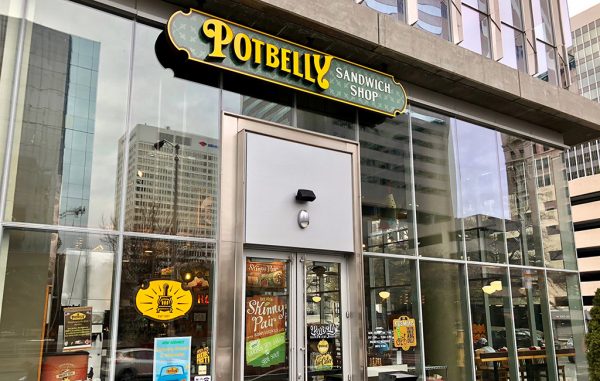 David Duke had his mind already made up when it came time to secure a location for his third local Potbelly Sandwich Shop franchise.

“I was adamant about going into Willow Lawn, because everyone and their brother was there,” Duke said. “It seemed like the right place to be for this type of business.”

But after taking another drive past the former ARC Printing building at 1400 N. Boulevard in Scott’s Addition, Duke changed course to make the leap into the city’s most sought-after neighborhood.

Duke has signed on to open Potbelly in a new 2,700-square-foot space in the redeveloped ARC building, which was converted into commercial space and apartments by UrbanCore Development and Duke Dodson of Dodson Commercial.

The sandwich shop is taking the last ground-floor unit of the rehabbed building, joining Gelati Celesti and High Point Barbershop & Shave Parlor, which opened in February and June, respectively. The upstairs units were converted into apartments.

“It’s a good bet for us,” Duke said. “It certainly is a risk, but we think we are going to generate the type of traffic and business from the area to be successful.”

Jim Ashby, broker with Cushman & Wakefield | Thalhimer, has been retained by Duke to grow Potbelly’s presence throughout the Richmond market. Fellow Thalhimer broker Reilly Marchant represented the landlord in the Boulevard deal.

Pending permitting approvals, Duke said he hopes to open in Scott’s Addition on June 1. It will add to the two other Potbelly locations owned by Duke and partner Jay Clark, in the Gateway Plaza building on East Canal Street downtown and in the Colonnades West shopping center on West Broad Street across from Innsbrook.

The group also is preparing to construct a new restaurant in Charlottesville.

The chain has grown considerably through its network of franchisees, including in Virginia, where Potbelly has eight stores – mostly in northern Virginia and metro Richmond.

Duke said his firm plans to invest about $750,000 into the Scott’s Addition space, which includes adding 30 to 40 seats and a catering kitchen. A mural will be installed on the building along Boulevard that will greet patrons traveling south from The Diamond. 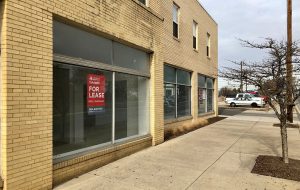 “There are a lot of catering opportunities within a 5-mile radius of this location,” Duke said. “We plan to capitalize on that aspect of the business from Scott’s Addition.”

Mechanicsville-based Graybeale Construction has been tapped as the general contractor overseeing the project, Duke said. The partnership also is working with Potbelly’s corporate offices to coordinate the design, which will incorporate landmarks of the neighborhood.

Potbelly adds to a limited, yet growing presence of national chains emerging on the Boulevard.

Wawa is constructing a gas station on the former Bill’s Barbecue site at 3100 N. Boulevard near the intersection of Ellen Road.

Other national retailers with a presence on Boulevard near Scott’s Addition include Starbucks, Hardee’s, CVS Pharmacy, Aldi and 7-Eleven.

“There’s staying power in Scott’s Addition,” Duke said. “It’s not a bubble … and that makes this neighborhood so exciting and worth the risk.”

“More than likely our next location is going to be somewhere in Midlothian,” Duke said. “Somewhere near Chesterfield Town Center along Route 60, or somewhere along Huguenot Road.”

He added that the team also is looking at sites near Brandermill along Hull Street Road in Chesterfield County, and Mechanicsville in Hanover County.

Site selection is the make-or-break decision for most retail businesses. So much potential for the Scort’s Addition area, best wishes for this local expansion of a great franchise!

Parking should be interesting. The building has about 20 parking spaces and has added three business tenants as well as the apartments up top.

A chain sandwich shop in Scott’s Addition? No thanks!!!!