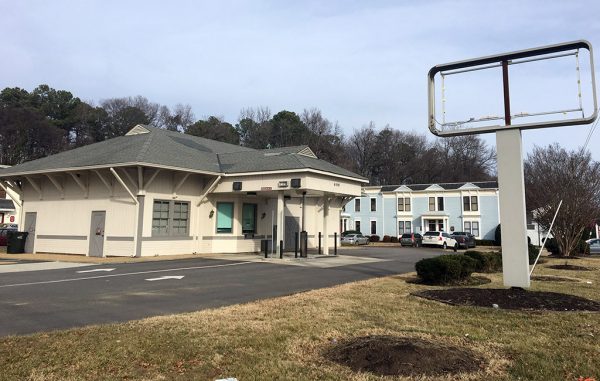 One of the three shuttered BB&T branches at 6980 Forest Hill Ave. (Michael Schwartz)

A regional banking giant last month trimmed its local branch count as part of a broader wave of closures across its multi-state foothold.

The closings were related to a previously announced cut of 140 of the bank’s nearly 2,200 retail locations across 15 states.

Of the three Richmond branches, BB&T spokesman David White said in an email: “Based on many factors, including client usage patterns, the decision was made to close the branches.”

That leaves the bank with around three-dozen branches in the Richmond metro market, in which it controls more than $3 billion deposits, according to FDIC figures. That local deposit and branch count is rivaled only by Bank of America, Wells Fargo and SunTrust. Union Bank & Trust is the closest locally based player in that tier.

White said no BB&T employees were laid off as a result of the closures and the bank has other branches in the vicinity of those that were shuttered.

The closures left an opening for at least one real estate developer. The bank sold the Forest Hill location in late December to Verdad Real Estate, a Texas firm that develops single-tenant sites for national restaurant chains including Hardees, Starbucks and Taco Bell.

Lot of closings hitting that Forest Hill Area. BB&T, Martins, Papa John. Shame. It’s such a beautiful part of our city and has a lot of potential.

Papa John’s didn’t close, it just relocated down to the street to the Food Lion shopping center. And Publix bought the old Martin’s location. By the looks of it, Verdad Real Estate will develop the BB&T location into a much needed fast food place. There are no Hardee’s, Taco Bell’s, Wendy’s in that area.

Martins is being renovated now to be Publix; God no the historic station will be torn down for a Hardee’s? So much went into moving and saving that station.

Michael, could it not be moved again if it isn’t suitable for the new use?

Nothing historic about that station. It’s a replica I do believe