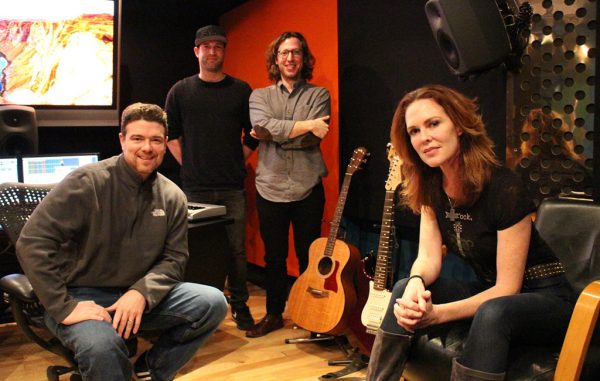 Used to jamming with each other on TV ads, a pair of Richmond sound studios has joined forces on an expansion as they look to make waves in the Big Apple.

Locally based Overcoast and Rainmaker Studios have launched OC2, a satellite production and recording studio in New York City, where Overcoast co-founder Travis Tucker is based.

Where they previously relied on other studios in New York to record voiceovers and audio tracks for projects in Richmond, OC2 gives Rainmaker and Overcoast more freedom to record on their own schedules and equipment, said Rainmaker owner Kristin O’Connor.

“We made it, so we know what we’re getting,” said Kristin, who started Rainmaker 20 years ago with her brother Michael, a sound designer and session musician.

“Most of the stuff we do is voiceover recording, so the majority of the talent is in L.A. and New York,” Michael added. “All day we’re sending talent to other studios all over New York, so when Travis approached us, we were like, ‘Okay, let’s set up our own studio.’”

New York natives, Kristin and Michael started Rainmaker in an apartment in the Fan before moving in 2000 to Shockoe Bottom’s Superior Building at 1901 E. Franklin St.

Overcoast, which Tucker co-founded with JL Hodges and Matt Whitworth, is headquartered in the downtown Gather building, where it recently recovered from an office flood. It also has a studio presence in London.

Their collaboration on OC2 came about as the studios worked with each other on audio projects, including sound for TV spots by Richmond ad giant The Martin Agency. Both studios recently worked on Martin’s “He-Man vs. Skeletor” ad for Geico.

Where Rainmaker focuses on sound design, mixing and recording, Kristin said, Overcoast focuses primarily on music development and custom composition. As the groups started assisting each other on projects, talks began about going in together on a New York studio, Tucker said.

“When I moved up to New York, it was with the hope that Overcoast would maybe plant its flag in some way in New York,” said Tucker, a VCU alum. Once they found space in Manhattan’s Chelsea neighborhood, “It immediately went from a what-if thought to a could-be conversation.”

The groups picked the name OC2 for its reference to both Overcoast and the two O’Connor siblings. An earlier name choice was scrapped when the groups learned it was shared by another New York business, Overcoast co-founder Matt Whitworth said.

“We found out that our original name, after we bought the domain and everything, was an S&M sex club down the corner,” he said. 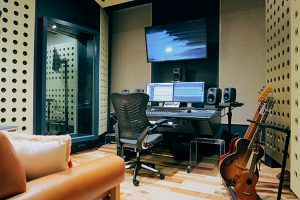 Staffed with a sound engineer and overseen by Tucker and Kristin, who serve as producers and handle the studio’s bookings, OC2 started sessions in June after a six-month buildout. The studio shares a co-op space with other music-related businesses in a building at 130 W. 29th St. in Chelsea.

Kristin would not say how much the facility cost but said it was privately funded as a 50-50 partnership.

The same studio designer behind Rainmaker’s Shockoe Bottom facility, Roger D’Arcy, was tapped again to design the OC2 space. D’Arcy, founder of the former UK-based firm Recording Architecture, has designed hundreds of studios around the world for artists such as Enya, AC/DC and Lenny Kravitz.

Since launching OC2 last year, Kristin said business in New York has been better than expected.

“We’ve doubled our projections in the first five months of being open, but we’ve got room to grow in those other cooperative spaces,” she said. “If it keeps going the way it’s going, we might be looking at doubling our space in a year or two.”

While they look to reap the benefits of their presence in New York, Kristin said the studios remain committed to their hometown.

“We love Richmond, but this gives us a chance to mine New York, because that’s now our other backyard,” she said. “Now that we’re there, we can make some noise for sure.”

Overcoast and Rainmaker add to a lively sound recording scene in Richmond. A couple blocks away from Rainmaker, In Your Ear Studios also calls the Bottom home. So does indie label Spacebomb, which is hunting for new digs after receiving a seven-figure capital investment from an affiliate of New York-based Glassnote Entertainment Group.