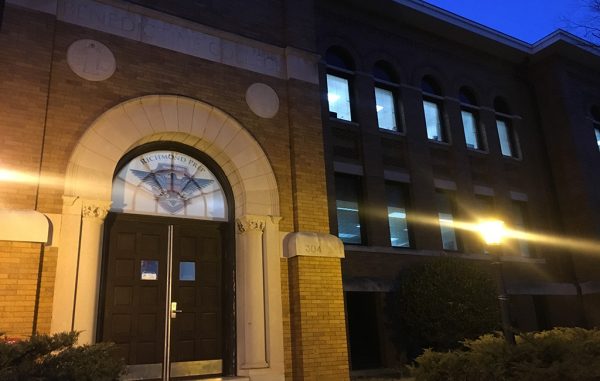 A new local private school will pick up in the Museum District where another left off several years ago.

Founded in 1996, Cristo Rey is a network of private schools that combines college prep academics with professional work experience. The Richmond school will be its 36th outpost nationwide.

The school announced its location and opening date at the VMFA on Tuesday. The announcement follows 18 months of planning and fundraising.

Serving as school president will be Peter McCourt, who was formerly vice president for a mission of the Bon Secours Virginia Medical Group.

Cristo Rey’s students work in a professional environment for five days each month at businesses that contract with the school. McCourt said the school is built to be affordable for low-income families, with the money students earn on the job going toward their tuition.

“The family has to contribute something, but it’s only a couple-hundred-dollar tuition payment for the year,” he said, adding there is no minimum payment, but rather a flexible rate based on family income.

For its first class next year, McCourt said it looks to have 100-120 students with a staff of 20, including 10 teachers. He said Cristo Rey Richmond will hire its principal this spring.

“Every student has to work; we have to have a job for them to go to,” McCourt said. “Every year after, we’ll add another 100 students.”

Benedictine Prep vacated the three-story building in 2013 and moved to 12829 River Road. McCourt said light renovations were done on the interior’s first floor, with more planned for the upper floors.

During planning, Cristo Rey prioritized being accessible from both downtown and Innsbrook. It had explored building from scratch in Manchester, which would have cost more than $25 million.

He said Cristo Rey Richmond has raised $2.5 million and aims to double that this year so the school can open with $5 million in hand.

Cristo Rey will be the second new Catholic school to open in the area in recent years. Cardinal Newman Academy opened last fall with a class of three.