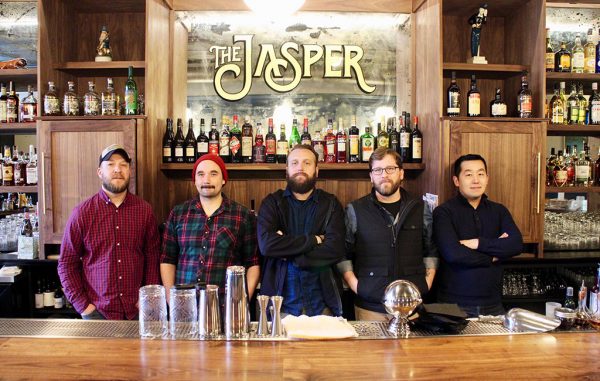 Where carpets once were peddled, cocktails now are being poured in a Carytown storefront.

The Jasper, a new bar and restaurant at 3113 W. Cary St., opened Tuesday in the space formerly occupied by Carey Burke Carpets.

The venture is led by Kevin Liu, owner of neighboring Carytown Cupcakes and West End music venue The Tin Pan, along with Mattias Hagglund and Thomas Leggett, formerly of Heritage and The Roosevelt, respectively.

The new 2,220-square-foot establishment pays homage Jasper Crouch, a freed black slave in Richmond who became a bartender, caterer and Chief Justice John Marshall’s top drink maker at the Quoit Club, a social club that met along the banks of the James River.

The Jasper’s menu includes custom cocktails, beers and wines, said Jeremy Wilson, food and beverage director. That includes its signature Draft Zombie, made of rum, Falernum, grenadine, cinnamon, grapefruit, lime and absinthe, which will remain on tap at the bar.

“The idea is to have something for everyone,” said Brandon Peck, Jasper’s bar manager. “Much of the beverage menu is going to be fluid.” 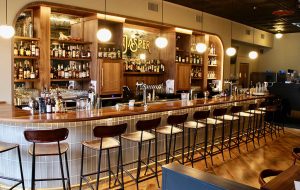 Liu said the breads used in the food menu will be baked next door at Carytown Cupcakes by Jessye Valerie, including pretzel bread that will be served with nori butter.

Richmond-based WillHouse Construction served as general contractor overseeing the buildout, including installation of its custom bar.

While the group would not disclose the amount of investment put into the bar, Liu said they received some financing from First Bank Virginia.