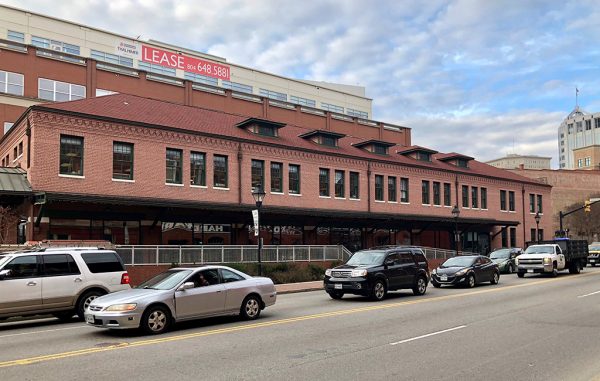 Southern Railway Taphouse is installing a bar-arcade on the second floor of its Shockoe building. (J. Elias O’Neal)

The trend of bar-arcades is spilling out of Scott’s Addition and into downtown Richmond.

Southern Railway Taphouse at 100 S. 14th St. is preparing to double its size by taking the second floor above the restaurant to install a new bar-arcade, extra dining space and another full bar.

General manager Mark Chavez confirmed the plan, which will add 6,000 square feet to the restaurant’s footprint.

“This has been about two years in the making,” Chavez said.

Work is ongoing to renovate the space, which according to a city permit is estimated at $100,000. Pending city approval, Chavez said, the new space should be open by August.

“Expect to see a mix of 50 to 60 games in the gaming area,” Chavez said, with popular old-school arcade games, pinball and Skee Ball machines and board games.

“We’re going to have a mix of games for everyone,” he said.

The time was right for the expansion, Chavez said, given the rise of new hotels and residents moving into areas around the Slip.

“You’ve got the Courtyard less than a block away … there’s a new Hyatt Place set to go up behind us; this was the perfect time to move forward and complete this type of an expansion,” he said. “It’s necessary for us to grow the business.”

Southern Railway opened in 2013 and is owned by the group that also owns District 5 in the Fan.

The bar-arcade trend is growing as an amenity to food and beverage service in the city.

Another bar-arcade is in the works from Comfort and Pasture co-owners Jason Alley and Michele Jones, along with Saison owner Jay Bayer, at the former bingo hall at 2900 W. Broad St. The venture, which will combine a bar, arcade, restaurant and brewery under one roof, will be called Bingo.