Think was retained by Henrico-based Private Stock Cigar & Wine Co. for a brand redesign to include an updated logo, brand identity system, social media, and interior and exterior signage. Think is also working with Collegiate School to design and produce the spring issue of its quarterly magazine Spark. 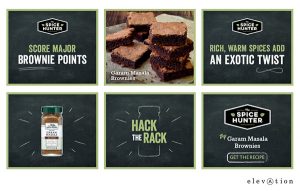 Elevation created a digital campaign for The Spice Hunter.

Elevation created a digital campaign for The Spice Hunter, a subsidiary of Richmond-based C.F. Sauer Co. Using the tagline “Hack the Rack,” the campaign is running until March and includes display banners, pre-roll and other content running on targeted media outlets.

Launched in conjunction with U.S. Travel’s “Project: Time Off” and National Plan for Vacation Day, the campaign includes a landing page, video, radio spots, banner ads and direct mail promotion as part of an effort to encourage people to take a Friday off and “crush” it. The campaign was conceptualized by students at the Brandcenter.

TribleWork launched a website for Iron Bow Technologies, a Northern Virginia-based IT firm.

The Martin Agency was hired by GolfNow, part of NBC Sports Group and managed by Golf Channel, for a consumer and business-to-business project to include strategic planning, broadcast, digital and social. Work has included four videos depicting cautionary tales of golfers who aren’t golfing, with the tagline, “Why golf later when you can GolfNow?” The first spot premiered during NBC’s Super Bowl pre-game programming Feb. 4.

Martin also released six pre-roll ads for Geico. Called “Interrupt-a-palooza,” the 15-second ads continue in the tradition of past Geico pre-roll campaigns such as “Unskippable” and “Fast Forward.”

Brad Armstrong was named interim executive director of the Brandcenter as the school continues its search for a permanent replacement for Helayne Spivak, who is departing in June and focusing on special projects. Don Just, who had been sharing leadership duties with Spivak as managing director, is no longer serving in that role and back teaching full time.

Armstrong, a 35-year industry vet and former partner at The Martin Agency, serves as an adjunct professor for the Brandcenter and is president of consulting firm Armstrong Partners. He started as interim director Feb. 1. 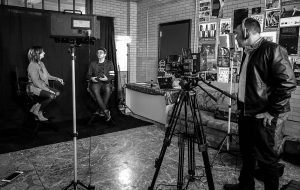 The Mom Complex promoted Lauren Fitzgerald and Julie Walker to partner, Emma Drennan to director of engagement and Jamie Kohler to strategist.

BES Studios completed work on an animated graphics video for Allianz Worldwide Partners, an insurance and asset management company in Glen Allen. The video was for internal use for a company-wide conference. BES was hired by Randall Branding Agency to shoot and produce a fundraising video for United Methodist Family Services. 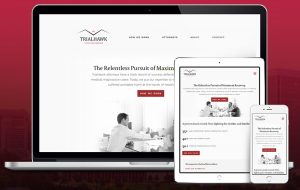 BigTree was hired by Castleburg Brewery. Work will include copywriting, photography, website design and development. BigTree also picked up Dova Pharmaceuticals as a client. The agency will design the North Carolina-based company’s training materials.

Workshop Digital is managing paid digital marketing campaigns for SportsBackers to promote local races and events. The agency was also tapped by Collegiate School to provide an audit of its website’s search engine optimization.