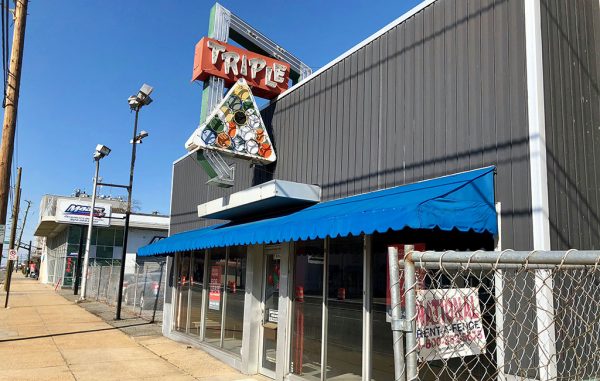 Don’t Look Back is taking over the former Triple location in Scott’s Addition. (J. Elias O’Neal)

After a fire shuttered its original Carytown location last summer, a local taco shop is abiding by its name and leaving the neighborhood in favor of two new locations elsewhere in the city.

Don’t Look Back plans to open restaurants this year in Scott’s Addition and Forest Hill. Co-owner Hamooda Shami confirmed the moves, including the signing last week of a lease to take over the long-dormant Triple Lounge space at 3306 W. Broad St. and the purchase earlier this month of a vacant restaurant space at 7524 Forest Hill Ave.

Following other recent restaurant arrivals in Scott’s Addition, Shami said the neighborhood has proven its hype is sustainable.

“Scott’s Addition, with all the breweries and growing options, is becoming Richmond’s entertainment district … We feel we’re going to be a nice complement to an already very cool collection of businesses,” he said, adding that they like the proximity to Veil Brewing and the forthcoming bus rapid transit line on Broad Street.

Its venture onto West Broad will revive the old Triple space, which has been shuttered since the pool hall closed in 2011.

As a term of the lease, Don’t Look Back plans to keep the recognizable Triple sign on the building, and working on how to incorporate the existing billiards space into the 4,000-square-foot restaurant.

Nate Gutierrez, a Don’t Look Back co-owner who oversees menu development, said patrons can expect the restaurant’s staples, including tofu, chorizo and fish tacos, along with house-made guacamole and salsa.

Inking the Scott’s Addition deal comes weeks after the group announced plans to open Don’t Look Back South and after paying $320,000 for the 1,900-square-foot standalone building.

Shami said they’ve had their eye on Southside for a while.

“We did a Facebook survey, asking people where they would like to see another Don’t Look Back spot,” he said. “It was overwhelmingly for the Southside.” 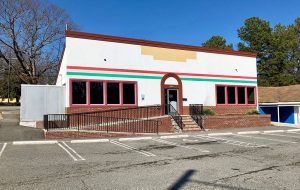 Shami said he toured dozens of locations across the city, including Brookland Park and Church Hill, before the Forest Hill spot proved the victor. O’Connor and Blum represented him in the purchase.

“It’s a mature area that has a lot of small, independent operators within the vicinity,” Shami said.

Don’t Look Back South will have a similar menu to the Triple location, including a kid’s menu.

“We want the Southside location to cater to everybody,” Gutierrez said. “People looking to just come by for drinks and tacos, or folks looking for a place to bring their kids after a game.”

Don’t Look Back South will operate for lunch and dinner, he said, with the restaurant ending service around midnight.

The former Carytown location at 2929 W. Cary St. was quickly shuttered after a fire in July damaged the kitchen and an apartment above. The property has since been condemned by the city and recently went into foreclosure – both of which Shami said makes coming back to the neighborhood difficult.

“Hopefully at some point we will have a presence on West Cary Street,” Shami said. “But that is not in our current plans. Damage is significant at the building, and there is a possibility that we won’t be returning there.”

The restaurant group still maintains a presence in Carytown with its Best Friends Forever concept at 2915 W. Cary St.

Excellent news and location choice for the replacement of Carytown space. Looking forward to taking lunch here. Hopefully the bank will move quickly to foreclose on that space so that new owners can restore it.

Not sold on the Southside location.

Im really glad to finally see the old Triple be put back in the game.