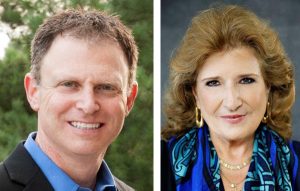 A West End law firm has expanded for the second time this year, with the latest move taking it out of state.

“This is very much a similar story,” Gavin said of Etkin.

Etkin, who earned his law degree from Emory University, handles a variety of business law issues for closely held corporations.

“Alan and I worked together for years. He was in house with a big client,” Gavin said. “The company he was with was sold and he was doing his own thing and I said, ‘Why don’t we tackle this together?’”

Gavin also liked the idea of having an office in Raleigh to tap into that area’s concentration of tech firms and startups, a ripe environment for the firm’s bread-and-butter IP practice.

“It’s a great market for tech and intellectual property,” she said.

The firm, founded about 15 years ago after Gavin’s stints at McGuireWoods and Reed Smith, now has an attorney headcount of seven.

Gavin said she’ll keep her eye out for future growth through similar deals with attorneys.