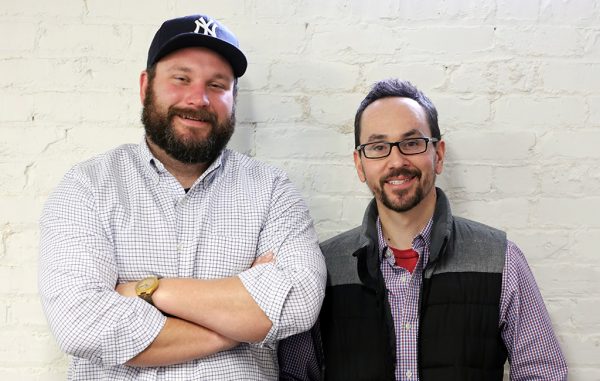 A local tech startup is pivoting its business model as it prepares to roll out a new app.

Manchester-based Hatchify next month will launch Hatch, a desktop and mobile app through which salespeople can communicate with prospective customers.

It’s a change of course for the company, founded in summer 2016 by Chris Bache and Bill Violante as a for-hire sales team and peddler of customer relationship management software.

“It’s been kind of a rollercoaster,” Bache said. “Before, we were a sales lead development company. Now we’re a sales technology company.”

The transition was born out of Hatchify’s original CRM software, which included a communication platform for salespeople to organize when and how they contacted potential customers. That feature proved to be popular among its clients, which include Ashley Furniture, Pella Windows and Doors, and Anesthesia Connections.

Bache said clients were struggling to get in touch with customers at the right times and keep that communication schedule organized. So last year, Hatchify built an app similar to that feature, gave it to customers for a test drive and decided to roll it out as the company’s main product. 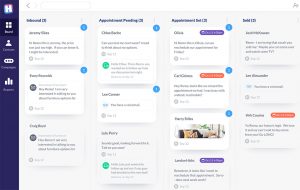 Salespeople communicate with prospective customers on the Hatch app. (Hatch)

“We started as a service, and I think we did a bang-up job. But our customers came back to us and said, ‘Listen, one of our core competencies is selling, we don’t want you to be selling our stuff but can we use your product?’”

The app, now dubbed Hatch, will launch publicly March 1 for desktops initially, with plans for a mobile version shortly after. A monthly fee to use the app is $100 to $30,000, depending on the company size and number of conversations.

Hatch will allow salespeople to communicate directly with potential customers via text, email and phone call.

“It’s a sales engagement platform – it allows you to communicate with customers across all channels,” Bache said.

Hatch also collects data to track the timing and techniques that yield the highest closing rates for those selling big-ticket items like cars, furniture and home improvements.

Bache said it developed the app in house at its office at 220 Hull St., where it moved in early 2017. The startup is self-funded and profitable, with a headcount of 16.

“We’re bootstrapped, we haven’t had to raise (capital),” Bache said. “We’ve been approached but we just haven’t felt like we needed it.”