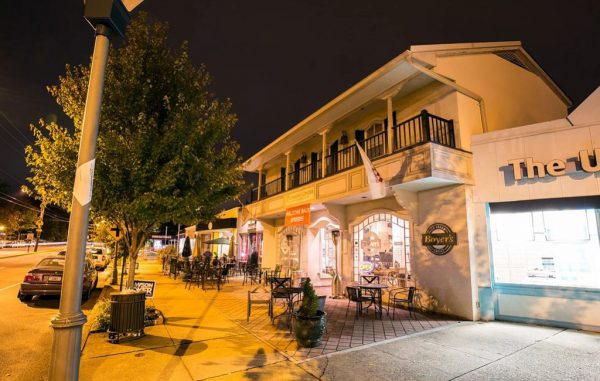 The owners of The Grove in the West End listed 5806 and 5808 Grove Ave. for sale. (One South Commercial)

A chunk of the Libbie-Grove commercial corridor is up for grabs.

Called The Grove, the strip houses several local and national tenants, including Boyer’s Ice Cream and Coffee, Alton Lane and The UPS Store.

One South Commercial brokers Ryan Rilee and Lory Markham have the listing.

“We’re seeing a lot of local and out-of-town interest in the property because of where it’s located,” Rilee said.

The buildings sit at the corner of Grove and Libbie avenues and total 9,700 square feet on about a third of an acre, according to city records. The site also includes 13 parking spaces. The property was most recently assessed by the city at $1.9 million.

Castlewellan LLC has owned the three storefronts since 2006, according to property records. The company could not be reached for comment Thursday afternoon.

In the late 1930s, part of the Boyer’s property originally housed a movie theater that competed with the then-neighboring Westhampton Theater, Rilee said. The other two properties were added in the 1950s.

Eventually, the theater closed and the site was converted into separate retail storefronts. The Westhampton has since been torn down to make way for a mixed-use development, which is currently under construction.

Markham said because of The Grove’s location and full occupancy, the site could be an investment property or a candidate for redevelopment.