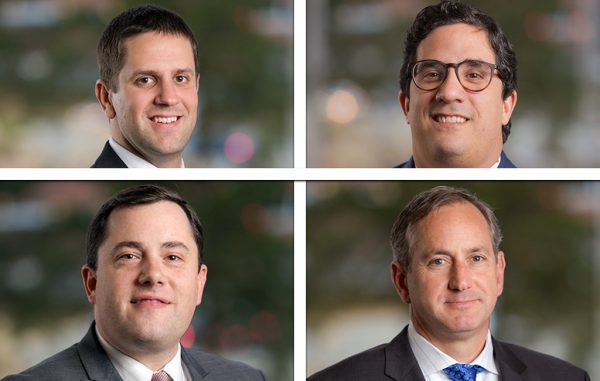 A local law firm has increased its reach northward while shortening its name.

Managing director Page Gravely said the firm hasn’t made a habit of growing through mergers since its founding in 2003. The Centolella Green deal was driven by geography and both firms’ niche in serving mostly healthcare clients, he said.

“Our typical methodology has been organic growth,” Gravely said. “We haven’t deviated a great deal from that, but this was one of those opportunities. We picked up some additional depth and in a market where we just didn’t have a presence.”

The four attorneys that made the move are Jason Centolella, Randall Green, Sam Burgess and Eric Bronstad.

“They like our size,” he said. “They were anxious to get some of the resources we have that are hard to do in a four-person firm.”

He said Hancock Daniel liked that both firms serve similar clients such as hospitals, health systems and physicians, and that Centolella Green had an added focus on dental practices.

Gravely would not comment on the firm’s revenue and how big a boost the Centolella book of business will be.

As for changing the flag to Hancock Daniel, Gravely said the firm had been pondering shortening the name, which has become a trend among law firms with long names. That idea was accelerated by the February departure of Rich Nagle, one of the original partners, Gravely said.

The firm is also on the lookout for a new office, as it is beginning to outgrow its current space at 4701 Cox Road.

Gravely said it occupies about 35,000 square feet on two floors of its building and is looking to consolidate to two contiguous floors and add 10,000 square feet. He said the firm would prefer to stay in Innsbrook.