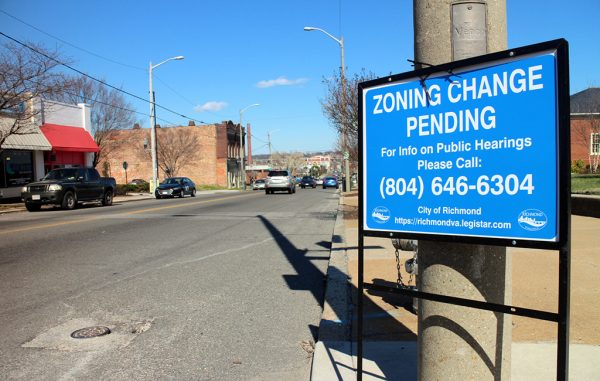 The redevelopment of Manchester’s Hull Street corridor could get a boost from zoning changes being pitched by city planners.

Multiple proposals set to go before the city planning commission Monday would rezone much of the corridor from the Mayo Bridge to Cowardin Avenue. The changes would allow for taller buildings in some areas, reduce parking requirements and open up some surface parking lots to redevelopment.

One proposal, on the commission’s regular agenda, would rezone all properties between Cowardin and East Ninth Street from UB-2 Urban Business District to B-5 Central Business District – a zoning designation that also is proposed to be amended to allow for more permitted uses.

The change would increase allowable building heights from three or four stories to a maximum of five stories, and parking would not be required for commercial uses and apartments, condos and hotels with less than 16 units. Residential complexes and hotels with more units would have to provide one parking space per every four units thereafter.

Allowable uses in B-5 would remain similar to UB-2, which allows for multifamily residential, retail, offices, hotels and restaurants. Parking lots and decks allowed under UB-2 would not be permitted as a use under B-5.

However, a related proposal on Monday’s agenda would expand the list of uses permitted under B-5 to include adult daycare facilities, state-licensed day nurseries, pet shops, vets, kennels, seasonal produce stands and Christmas tree lots, and government uses other than jails.

The amendment also specifies allowable uses on a ground floor of a hotel to include art galleries, banks and savings and loan offices, grocery stores and convenience stores, personal service businesses, restaurants and cafés, and retail stores and shops.

The changes are intended to encourage revitalization in the corridor by allowing more height and requiring less parking overall, according to a report from city planning staff.

“The current zoning of the corridor is believed to be limiting new construction on vacant parcels and the utilization of existing structures due to its limits on height and onerous parking requirements,” the report states, adding that the changes would make it easier for uses such as restaurants to locate in corridor. 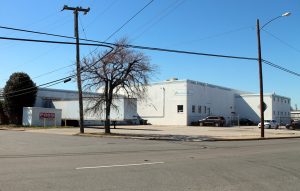 The other proposal, on the commission’s typically non-discussed consent agenda, would rezone 12 properties totaling 6.4 acres in four blocks on the east side of Hull Street between the bridge and Commerce Street.

Owners of those properties are requesting the change, including developer Tom Papa, who owns several parcels. The properties include artist studios Art Works and Artspace, restaurants Plant Zero Café and Papa’s Pizza RVA, offices and a parking lot beside the Port RVA apartments. The rezonings have the support of the Manchester Alliance neighborhood association.

Papa said the property owners are following the city’s lead in initiating rezonings to allow for greater density. They worked on the requests with former city planner Lory Markham of consulting firm Markham Planning.

“One of the things that is critically important in the city of Richmond and especially Manchester is density,” Papa said Friday. “We’ve been talking about getting a grocery store and businesses to move over to the area, and what we always hear from commercial real estate brokers is that there’s just not enough density yet.

“The city has been very smart and encouraged the rezoning to allow for greater density. We’re just really following the city’s lead,” he said.

The proposals also follow other city-initiated rezonings in recent months. Last fall, City Council changed zoning in and around Scott’s Addition primarily from M-1 light industrial use to B-7 mixed-use business district, allowing for a wider array of uses and encouraging denser development in that neighborhood, which is likewise transitioning from its industrial past.

Meanwhile, Papa has his own request on Monday’s commission agenda: a rezoning to allow for the conversion of a warehouse building at 1125 Commerce Road into more than 100 income-based apartments.

The 142,000-square-foot building, built in 1954 and currently used as Caritas Furniture Bank, is on 3.2 acres that includes 55 on-site parking spaces and room for more. The building recently became eligible for national and state historic designations, and Papa plans to use historic tax credits to turn the building into apartments for renters making 60 percent of the area median income.

The rezoning does not have support from city staff, who point out that the residential use would be inconsistent with surrounding industrial uses. Papa said that transition is what Manchester’s rebirth has been all about.

“The warehouses weren’t built in residential areas. They were built in industrial areas,” Papa said. “And these warehouses in particular have low ceilings, very tight columns. They’re just not useful for industry anymore.”

Papa’s developments in Manchester include the income-based Miller Lofts apartments and a planned set of towers at 111 Hull St. Beyond Manchester, he’s working with WVS Cos. on a 12-story tower on the canal and a 105-unit apartment building in the Fan.

Come back in five years and drive across Mayo Bridge following Hull Street to Cowardin Avenue. You won’t recognize it. It’ll resemble a canyon. Manchester is growing up, and I mean straight up.

“reduce parking requirements”– It seems a lot of people are betting big on “cars as a service”. That is one poetential path, but it would make a lot more sense to have people that get waivers on parking space put up money to help the public transporttion.

Doesn’t the reduction in space needed for parking essentially do that? More floor area = more tax revenue for the same property limits.

One step closer to making Hull Street the dense, vibrant, walkable, transit-oriented place that it needs to be.