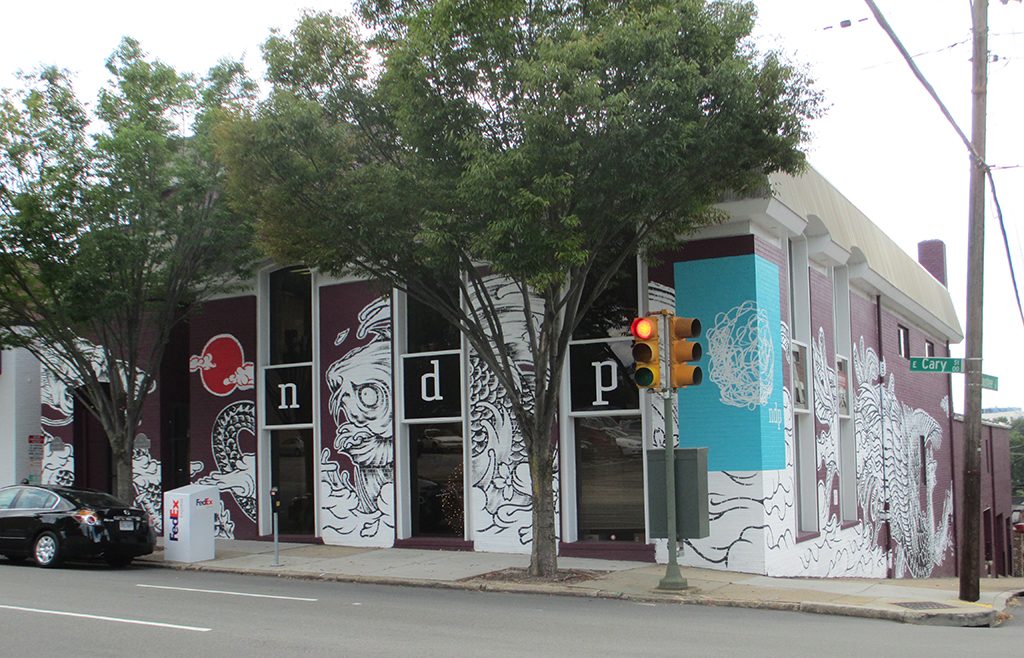 An old downtown office building is set for a $4 million mixed-use conversion at the hands of two well-known local development groups.

Chris Johnson and Tom Dickey of Monument Cos., along with Marc Galt of Sensei Development, are planning to transform the former Ndp building at 1 E. Cary St. into 20 apartments and 1,300 square feet of ground-floor commercial space.

The group purchased the 24,000-square-foot building at the corner of East Cary and Foushee streets for $1 million late last year. It was vacated by Ndp after the ad agency relocated to Scott’s Addition.

Construction on the project is set to begin in the next 60 days and will take 11 months to complete, Johnson said.

A demolition permit was issued for the site March 8, according to city records. The group has filed a rezoning petition with the city to increase density on the site in the future, Johnson said.

Richmond-based Walter Parks Architects designed the space. Monument Cos. will serve as the project’s general contractor, and once completed, the firm’s Legend Property Group will manage leasing.

The group is seeking historic tax credits to renovate the 1950s-era structure, which long before its conversion into office space was the home of Zaban Mattress & Box Spring Co. The space was converted in the ’70s into office space, which has been its primary use since then. 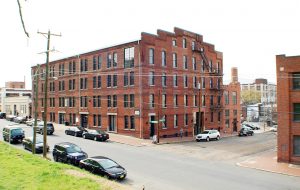 The former Garbers building at 2201 E. Franklin St. (Monument Cos.)

Renovating the structure into a mixed-use development is the best use for the property given the level of business activity in the vicinity, Dickey said, including Dominion Energy’s new 20-story tower down the street.

“The inventory for this type of structure is getting harder to find,” he said. “As more businesses move into the area, there is going to be a demand for people wanting to live downtown.”

The group observed another indicator for residential demand in the area from their Matrix Midtown project at First and Canal streets, which they teamed up on two years ago.

That 47-unit, four-story building is fully leased, Galt said, and is enjoying market rents slightly above the average rate for new apartments in the area that can range from $1,100 for a one-bedroom to $1,500 for a two-bedroom unit.

“It’s got a great mix of college students and young professionals that we feel will be transferred over to this (new) project once its completed,” Galt said.

Monument and Sensei have teamed up on more than a dozen other projects, including Shockoe Valley Heights at 200 N. 20th St. in Shockoe Bottom.

The group is now rebranding the Shockoe Bottom block it assembled through the acquisition of the former Wolff-Fording & Co. buildings at 2220 E. Main St. and 2213 E. Franklin St. 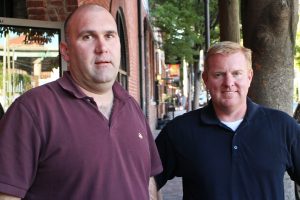 Dubbed Franklin Place – bounded by East Franklin and Main streets, and North 22nd and 23rd streets – the project includes the former Garbers of Richmond garage-door company, which has since been converted into a 59-unit apartment building called Garber Gables. The site also will include about 1,300 square feet of commercial space.

“Out of the 59 units, 32 have been leased,” Johnson said of Garber Gables. “We expect the remaining units to be leased up in the next 60 days.”

Overall, the firms spent $10.4 million to ready Garber Gables for occupancy, he said.

The next phase of Franklin Place is Fording Flats, the $13 million conversion of the Wolff-Fording & Co. and Wilson Paper Box buildings. That will encompass 80 units, which are slated for completion by late fall.

Dickey said development also will include a gym, elevated sundeck, parking and community areas to be shared by Garber Gables and Fording Flats residents.