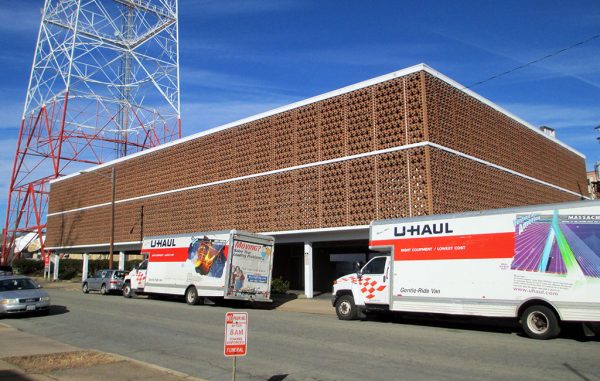 A busy local development company closed out 2017 with two new acquisitions, snatching up an aging medical office building in the Fan and the recently vacated downtown home of a local ad agency.

A partnership between Chris Johnson and Tom Dickey of the Monument Cos. and Howard Kellman of the Edison Co. purchased on Dec. 15 the 24,000-square-foot, three-story medical building at 3212 Cutshaw Ave. for $1.4 million.

Three days later, the group, along with Marc Galt of Sensei Development, paid $1 million for the office building at 1 E. Cary St., which until recently had been the home of ad agency ndp.

For the Cutshaw property – known to neighbors as the Tower Building, a reference to the skyscraping CBS 6 antennae tower nearby – the group plans to resuscitate the old building by gutting the medical units in favor of 34 apartment units, Johnson said.

The units will be market rate, Kellman said, adding the rent would include utilities, cable and Internet, and parking. Base rents in the surrounding area range from $850 for a one-bedroom to about $1,100 for a three-bedroom.

Demolition is slated to begin the day after Christmas, Johnson said. They expect the $3.6 million redevelopment to take about eight months to complete.

Scott Fowler of Fowler Architects has been tapped as the project’s architect, while Monument Construction, the firm’s development arm, will oversee construction of the project as general contractor. 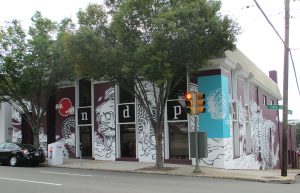 For Newman, it’s the third time he’s sold the building in his career, with the first and second transactions closing in 2003 and 2005, respectively.

The proximity to Scott’s Addition was part of the draw, Newman said, adding that the area has become a hub to office users whose workforce prefers to live nearby.

“That was attractive to the buyers,” Newman said.

While the second and third levels of the building will be converted into apartments, the ground level will remain dedicated to parking.

The project qualifies for historic tax credits because of the mid-century decorative brick that encapsulates the habitable portion of the building, Dickey said.

“They were early sun shading mechanisms meant to provide shade during the winter and summer,” Kellman said of the facade. “Because we received tax credits, the decorative brick must be preserved.”

As for the ndp building, Johnson said the group is not ready to discuss its plans for the site.

Ndp vacated the 9,500-square-foot property in December in favor of a newly redeveloped, larger space in Scott’s Addition at 2912 W. Leigh St.

The two December deals add to Monument Cos. list of ongoing projects.

This summer, the group purchased the Sunny Men’s Wear building at 326 E. Broad St., where it’s planning a $3.6 million renovation to add 20 and restaurant from Chris Tsui’s EAT Restaurant Partners to the ground floor.

The firm, along with Kellman’s Edison Co., is wrapping up work at Cary Street Station – the 7-acre former GRTC bus barn site at 101 S. Davis Ave. that is morphing into a mix of apartments and commercial space.

Monument Co. is also set to deliver this month Darrell Green’s Jewell Building at 316 E. Grace St., a property that had been left in limbo for years after a run-in with now-imprisoned developer Justin French.

Austin Newman has been a terrific addition to Olliers International now for two years. It’s cases like this in which he s used his experience to resell the same property multiple times that makes his historic knowledge of the City properties so valuable to us.

What make the area unique is the MIX of uses. Making EVERYTHING apartments is a terrible idea, destroys the neighborhood charms, and I truly hope it does not turn into another Argon apartments.