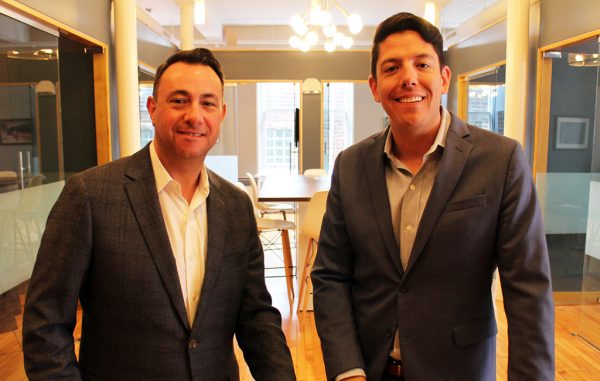 The local marketing scene is getting more political.

Red Maverick Media, a political advertising and consulting firm based in Pennsylvania, has opened an office in Shockoe Bottom at 104 N. 19th St., sharing a building with landlord and fellow media firm Fuel Creative.

The firm provides political strategy and communication services to primarily Republican political candidates, as well as corporations and nonprofits.

In Virginia, it worked on Ed Gillespie’s gubernatorial race last year and has done work for state Sen. Bryce Reeves, Leavitt said. He said the decision to open an office in Richmond had less to do with its client roster here than its central location to other states as it looks to expand south.

“We have a little bit of a foothold (in Richmond) and we want to do more in Virginia, but picking Richmond was also about expanding into these other states,” Leavitt said. “Compared to Washington, D.C., rent is extraordinarily reasonable, cost of living is reasonable and it’s centrally located, which allows us to get to Pennsylvania, Kentucky, North Carolina and South Carolina without too much of a problem.”

Leavitt said the company signed a three-year lease for the building’s 1,600-square-foot second-floor space, which it is renting from Fuel’s Pam and Todd Hervey.

Red Maverick opened the office March 1 and worked with CBRE | Richmond’s Gray Bryant to find the space, which was listed by Divaris Real Estate’s Ali McCrickard and Dean Foster. 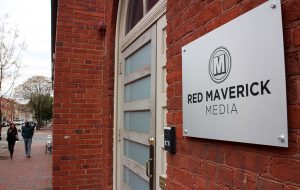 With its arrival, Red Maverick joins a small but growing community of political marketers and managers in Richmond.

Another GOP-focused firm, ad agency Poolhouse, set up shop here in 2015. And the University of Richmond recently announced it is launching a professional certificate program in political campaign management, with a team of instructors who have worked on both Republican and Democratic state and national campaigns.

Leavitt said the proximity to such higher-ed programs has already been felt.

“The university systems in Virginia and in Richmond and the surrounding areas have been really good. We’ve only been in that office space a month and we’ve had a fair amount of people reach out to us, and we’ve reached out to a fair amount of college students for internships,” he said, adding he expects to have three or four interns this summer.

Leavitt said he knows the Poolhouse crew and complimented their work, which he said is more TV- and video-focused. He said Red Maverick provides a broad range of services to include crisis communications management and general consulting in addition to TV ad production and placement, digital and video production and direct mail marketing.

He said Red Maverick typically brings in between $15 million and $20 million in gross revenue per year. While the bulk of its work is in political campaigns, Leavitt said projects can range in subject, size and scope, from referendum marketing to grassroots and so-called “grasstops” campaigns, the latter referring to campaigns led by community leaders.

“Right now we’re working with the 9/11 Pentagon Memorial association; they’re in the process of raising money and marketing and building a memorial and learning center at the Pentagon. But at the same time, we’ll help a sheriff run for office,” Leavitt said. “So it really runs the gamut.”

Dare I say it, but a cold welcome to these folks. This is exactly what our country, and our city, does not need. Toxic company.

Seems a bit baseless. Care to elaborate on their toxicity? Is their evidence to support that claim? If not, I highly doubt their company operations will negatively impact your day to day life. I’d like to think of Richmond as a tolerant city with amazing people – the message above conveys the complete opposite, which is unfortunate, and I hope not representative of our community.