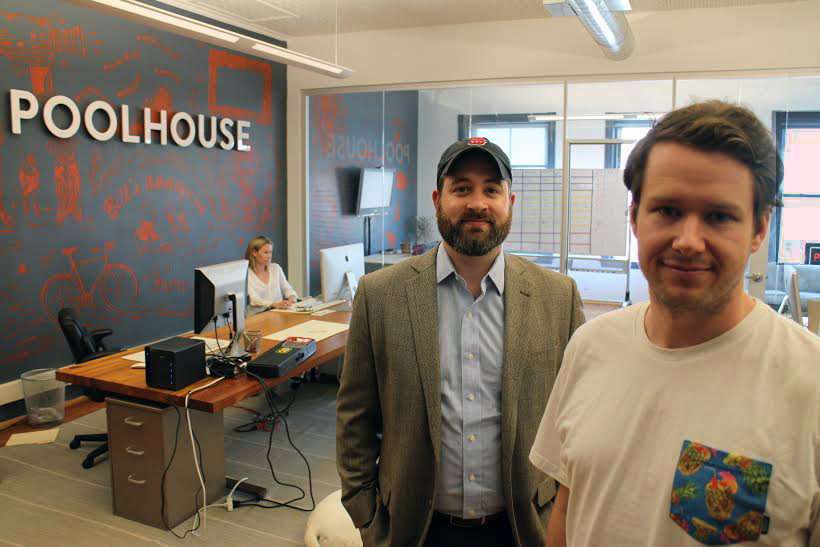 Founders Will Ritter, left, and Tim O’Toole in their space on West Broad Street.

Following a yearlong campaign that ended earlier than they expected, a local ad agency is moving forward after losing its biggest client to date: former presidential hopeful Marco Rubio.

The Florida senator’s recently suspended bid – the sixth-longest-lasting in the race for the White House – featured television commercials and web videos created by Poolhouse, a small Richmond firm founded by Tim O’Toole and Will Ritter that in three years has gained traction serving a niche on the right side of the political aisle.

While its client base includes several companies and brands, its bread and butter is political campaigns for GOP candidates, such as Iowa Sen. Joni Ernst and Virginia gubernatorial candidate Ed Gillespie.

Of the Rubio campaign, Ritter said: “It was big for us. Having a high-profile client like that has its challenges and its benefits.”

The Rubio campaign enlisted Poolhouse when it kicked off last April, along with Something Else Strategies, an Alabama-based political ad firm. O’Toole and Ritter, along with their full-time staff of four, produced content that was used to launch the campaign, as well as numerous videos and TV spots – one of which drew national media attention for portraying “America” with stock footage of a location in Canada (it was later swapped out). 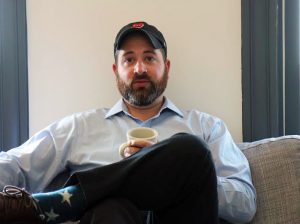 The ad wasn’t the first brush with controversy for O’Toole, who, prior to Poolhouse, filmed a spot for Mitt Romney’s presidential campaign that blamed the closure of Bill’s Barbecue, the longtime Richmond restaurant chain, on the Obama administration’s economic policies.

The Bill’s Barbecue spot was O’Toole’s first taste of Richmond, though he didn’t get a chance to taste the restaurant chain’s food. While in town for the shoot, he discovered Jackson Ward and eyed the neighborhood as an ideal spot for he and Ritter to start Poolhouse – the name a reference to a vacation rental where they first started discussing the idea.

They started the company in a rowhouse on South Davis Street and eventually set up shop last year in a 1,700-square-foot space at 23 W. Broad St.

Ritter and O’Toole said they selected Richmond to locate their business for its infrastructure, advertising community and proximity to Washington, D.C., where O’Toole was based at the time; Ritter was in Boston.

“We both knew that we weren’t going to be able to establish a good Republican consulting firm in Boston, and D.C. just didn’t really fit our style,” Ritter said. “We whiteboarded a bunch of cities – places that had an up-and-coming entrepreneurial scene and that had a cool vibe to them.”

O’Toole said being in Richmond became a creative and competitive advantage for the small company, giving it access to local production and post-production studios that are outside the norm used by competitors in D.C.

Local shops that Poolhouse has worked with include animation studio Cream, recording studio In Your Ear, production studios Park Group and The Branching, and post-production house MadBox.

“We get a very distinct flavor,” he said. “We produce content and ads that look and feel different and can cut through the clutter of what’s mass-produced up in D.C.”

Ritter and O’Toole met while working on Romney’s presidential campaign, which Ritter said provided valuable connections that have helped with referrals. A Northeastern University grad and former spokesman for the Massachusetts Republican Party, Ritter said he was drawn to the process of creating political ads and noticed O’Toole’s film style, which he said stood out from others’.

“It looked like nothing that was being produced (at the time),” Ritter said. “In political advertising, there tends to be cookie-cutter, formulaic approaches to ads, and I think in this new kind of media dynamic, it’s just not working anymore.” 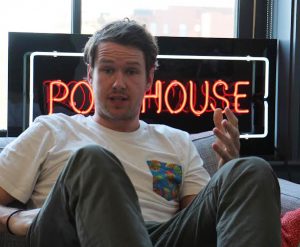 Added O’Toole, who studied advertising at the University of Missouri: “What we saw (with other ads) was just what you think of standard advertising: just present the facts – show a face, say the guy’s either good or bad, and show it a million times, and that would sway votes.”

Ritter pointed to budgets and how money is typically spent in political advertising as a difference between Poolhouse and competitors. Among other things, the agency does its own editing in-house, as well as other production that can reduce outsourcing costs.

“Between 60 and 70 percent of a campaign’s budget is going to be spent buying advertising time on television and on digital,” Ritter said. “A tiny sliver of that is actually put towards the production and the creative behind the spot. We looked at that and thought that was a huge missed opportunity, because it’s really not just about putting millions of dollars behind any 30 seconds. It’s about – especially in the saturated political advertising environment – you have to stand out.”

To that end, Ritter, 32, and O’Toole, 31, said they strive for a different aesthetic than more traditional political ads, going beyond shots of a candidate talking to supporters in a room. Using behind-the-scenes footage and candid shots, their spots resemble a tour documentary as much as a standard political ad.

Ritter said Poolhouse also differs from its competitors due to a portfolio of clients beyond political candidates, allowing the firm to keep busy beyond the political cycle. Ritter said they picked Richmond to benefit from Virginia’s off-year election calendar, which helps with workflow. Beyond political candidates, its client list includes such brands as Anheuser-Busch, College Football Playoff and the National Association of Manufacturers.

“What makes us different is that most of our competitors pretty much go underground when it’s not political season,” Ritter said. “When we founded the company, we said we wanted this to be something that we could have full-time employees, be a part of the business community and kind of be perennial.”

While the political party focus could be seen as a detriment to potential business, limiting Poolhouse’s potential client base to the right side of the political aisle, Ritter said it is standard practice for the industry to choose sides.

“I don’t think you’re going to find a political ad agency that works with both sides of the aisle,” he said. “It’s just not how that industry works.”

As for the future of their highest-profile client, Ritter said it won’t be the last time Rubio is seen on the national stage.

“I think the Rubio campaign was well-run, and I think he did a fantastic job,” he said. “His story was so compelling; we didn’t have to reinvent the wheel or cover anything up. It was telling a really compelling story for a really compelling leader who’s not going anywhere. We will definitely hear from him again.”