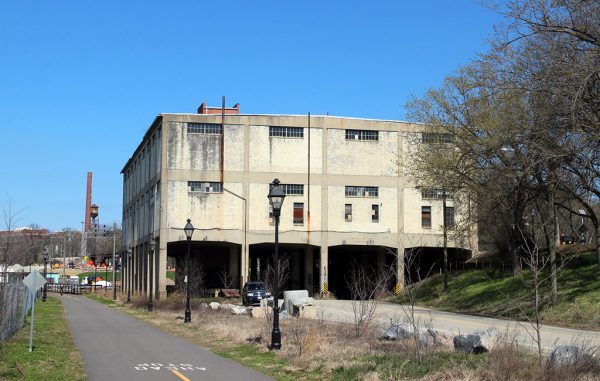 The fate of the Fulton neighborhood’s Intermediate Terminal building is expected to be decided tonight.

Richmond City Council is scheduled to vote at its Monday meeting on whether to allow the demolition of the building at 3101 E. Main St. to make way for a new restaurant and beer garden for Stone Brewing.

The nearly 100-year-old building had been slated to be preserved and renovated for the venue, but Stone and the city last month called for a change in plans, saying engineering tests showed the long-vacant warehouse was too decrepit to be renovated as originally planned. The parties cite issues regarding the floodplain, lack of rebar in columns and ground material as reasons for the building’s insufficient state.

A council vote is needed to approve an amendment to the deal that brought Stone to Richmond in 2014 and called for the Intermediate Terminal building to be preserved.

In 2015, the city promised $8 million in bonds to help pay for the bistro, in exchange for Stone leasing the building for at least 25 years to cover the debt. The new amendment does not seek to change that agreement.

The city also floated $23 million in bonds to build and own Stone’s nearby production facility in Fulton, which opened in 2016. That side of the deal also involved a 25-year lease to Stone, with the brewer paying rent, real estate taxes, maintenance costs and insurance.

Last Thursday, the council’s Finance and Economic Development Standing Committee voted to forward the ordinance to the full council meeting without recommendation in either direction. No public commenters spoke at the committee meeting.

Earlier this month, Councilwoman Cynthia Newbille, who is the chair of the economic development committee and represents the East End, held a community meeting on the matter in Fulton Hill.

Newbille was joined by representatives from Stone, the city’s economic and community development department and architecture firm Baskervill to discuss the future of the building with members of the neighborhood.

At the meeting, Stone’s community relations manager Juliellen Sarver said while design work has not begun, the company would strive to pay homage to the Intermediate Terminal in some way in the design of the new building.

Representatives at the meeting did say the new building would have to be an elevated structure given the site’s location in a floodplain.

“At the meeting, Stone’s community relations manager Juliellen Sarver said while design work has not begun, the company would strive to pay homage to the Intermediate Terminal in some way in the design of the new building.” Does this mean they will go to all the expense of a modern building and make it look decrepit? Just tear down that monstrosity and build something nice in its place. There’s a lot of action coming in this direction. Lets get this one done.

I agree with Bruce. This building has been useless for a long time; and do homage to what? There is no architecture to preserve; it was a utilitarian building, that’s all. Please build a nice building for people to enjoy and spend $$ in. This area needs to keep moving forward.