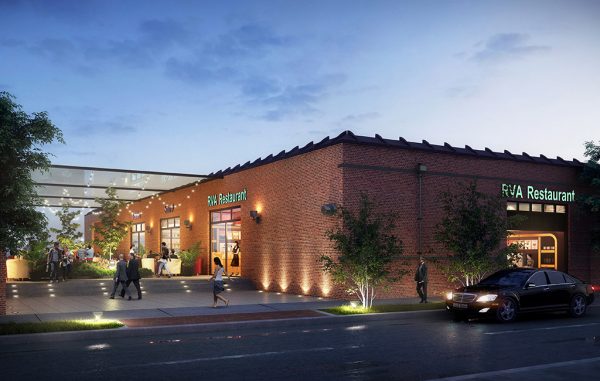 A trio of new office users is preparing to spur new life into a former Scott’s Addition manufacturing site.

The Spur, a planned mixed-use development at the old the Phipps & Bird facility at 1519 Summit Ave. and 3015 Moore St., has signed on its first tenants as demolition is set to begin next week.

Law firm Roth Jackson, known locally for its commercial litigation and land use law, is relocating its 15 Richmond employees from Shockoe Slip into 6,500 square feet at The Spur.

It will be joined by local private equity firm Blue Heron Capital, which will leave the Stony Point office park on the Southside for 3,200 square feet in the Scott’s Addition project.

Jason Guillot, a principal with Thalhimer Realty Partners who is developing The Spur with Justin Paley of Catalyst Development, said a third unnamed office tenant from the Southside has signed on for about 6,600 square feet.

Guillot said the development is about 50 percent pre-leased.

“Our first few leases happened to be for office space,” he said. “We are actively talking to breweries, cideries, fitness studios, restaurants and other uses to help bring a mix of businesses to The Spur.”

Plans call for spaces between 1,100 and 20,000 square feet for individual tenants. The site also will include green space and a mix of onsite, garage and street parking. 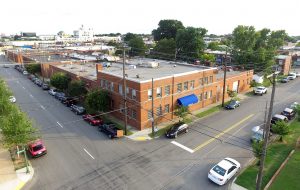 The Spur is the latest development in the sought-after Scott’s Addition neighborhood to lure tenants away from more traditional office hotspots downtown and in the suburbs.

“We just love the energy in Scott’s Addition,” said Andy Condlin, a Roth Jackson partner who oversees the company’s Richmond division. “We’ve worked on a number of projects in the neighborhood, and it seemed it was the right place for us to have a space to call our own.”

While the move will not result in immediate hiring, Condlin said, the neighborhood’s increasing popularity is a plus for future recruiting efforts – a measure Paley said is driving businesses to explore relocating to Scott’s Addition.

Guillot and Paley paid $2.7 million for the property, formerly the home of Phipps & Bird, which manufactures scientific kits, tools and accessories. The company has since moved to a 27,600-square-foot facility at 2924 Bells Road on the Southside.

General contractor UrbanCore Construction is set begin demolition work on the property next week, with plans to deliver much of the development to its users by spring 2019. Fultz & Singh Architects is doing the design work. PermitZip did the engineering.

Guillot also has had luck luring commercial tenants to his other current development, the Westhampton on Grove, which is taking shape on the site of the former Westhampton Theater in the West End.

Guillot has taken on two difficult challenges and appears to be on the way to make a name for himself in the new gen of Richmond developers. He and Paley have made a good team on this one. Congratulations.