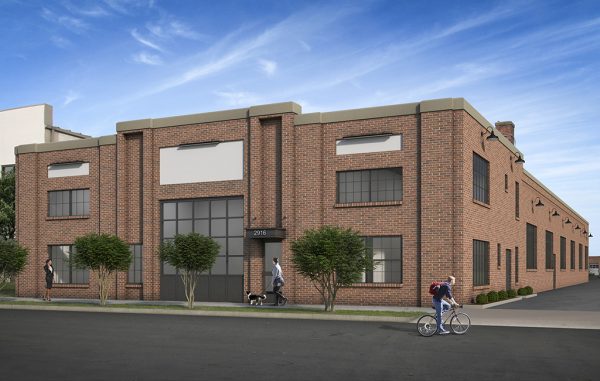 A father and son are teaming up for their third development in one of Richmond’s most sought-after neighborhoods.

Construction on the 13,000-square-foot property is slated to begin in June, Matt Hamilton said, with plans to deliver the office spaces by fourth quarter 2018.

Initial plans call for multiple users, with two 4,600-square-foot units and space for a third 3,700-square-foot tenant, Hamilton said, but they’re also willing to lease the whole building to a single tenant.

“We’re going to be very flexible,” he said.

To help lure suburban tenants, the development will incorporate 25 parking spaces on a surface lot the Hamiltons own at 3015 W. Marshall St. Hamilton said they also are working to secure parking in front of and behind 2916 W. Marshall St.

The pair purchased the building in October 2017 for $897,000, according to city property records.

Hamilton would not disclose how much they’re investing in the project. He said the group is planning to seek historic tax credits to renovate the building, which was constructed by East Coast Freight in 1934.

A general contractor has yet to be selected. Tom Hamilton’s firm is designing the building.

The Hamiltons have a track record in Scott’s Addition. They also redeveloped and own the former East Coast Freight building that now houses The Frontier Project at 3005 W. Marshall St., along with 3100 W. Marshall St., which houses Pivot Physical Therapy.

Richmond Triangle Players, at the Robert B. Moss Theatre just a block away, welcome the development to our wonderful neighborhood!