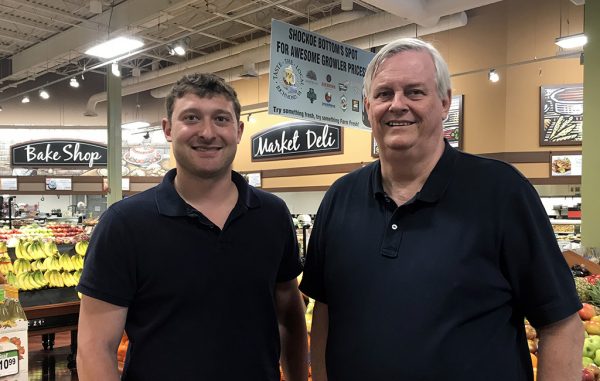 As they prepare to enter the competitive Richmond grocery market via acquisition, the new owners of the Farm Fresh store in Shockoe Bottom are plotting some changes and a quick transition once they get the keys.

Raphael Strumlauf, who owns NGH with Kurt Wassenaar and Mark Green, talked further this week about how the deal came together, how they plan to compete and why they’re retaining the Farm Fresh brand.

He said the roots of the deal go back to the beginnings of Market Street Market, the smaller of NGH’s two stores.

Strumlauf started that store in downtown Charlottesville in 2009 when he was 22, aiming to serve the neighborhood out of a small footprint while remaining price-competitive.

“I came up with the concept and dove in head first,” he said. “We didn’t want to be a place that people go to because they don’t have any other options. We wanted to be a place where, though we’re small, people can afford to do their shopping there.”

SuperValu, Farm Fresh’s parent company, has been Market Street Market’s distributor since its early days, a deal that helped keep prices competitive. Strumlauf said they’ve always had a good relationship, and earlier this year, he got a call from them.

“It really just started off with someone I’d been working with for eight-and-a-half years calling me up one day and saying, ‘Hey, I can’t tell you anything but would you be interested in taking on another store? Is that something you could handle?’” Strumlauf said.

The call was in reference to the Farm Fresh in Shockoe Bottom and was prompted by SuperValu’s decision to sell its remaining Farm Fresh stores, most of which went to grocers like Harris Teeter, Kroger and Food Lion. They sent Strumlauf a confidentiality agreement, which he signed, and then SuperValu filled him in on the finer details of the deal.

After talking it over with Wassenaar and Green, Strumlauf decided Farm Fresh was a good fit for NGH. The deal, the financial terms of which were not disclosed, includes NGH purchasing Farm Fresh’s lease on the building, which is owned by local real estate firm The Wilton Cos. 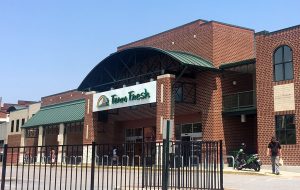 When the deal closes in June, it will be NGH’s second acquisition, having purchased Crozet Market in Albemarle County as its owners were retiring in 2016. Both Market Street Market and Crozet Market will remain open.

“The things that won’t change are the SuperValu distribution, the store brands, things like that.”

But he did say they want to emphasize serving the neighborhood by gathering customer suggestions on products and changing how employees interact with customers, among other things.

“We want our products to serve that direct area. I think that’s something that gives us a leg up on some of the bigger chains, they really can’t be that nimble. When Farm Fresh was corporate, they would have to go along with what was working for the chain as a whole,” Strumlauf said.

Farm Fresh also will look to carry more locally made products, going as far as putting a Blanchard’s Coffee Roasting Co. cafe inside the store that was formerly a Starbucks.

“Aside from beer, (Farm Fresh) really didn’t have many local products in the store. We’re going to start seasonally working with local people to bring in local products and produce,” Strumlauf said. “Richmond is really rich with that type of stuff.”

While negotiating the deal, Strumlauf said, he asked early on whether they could retain the Farm Fresh name since it was otherwise being discontinued. SuperValu said yes.

As for the future of the Farm Fresh name on the store, he said he wouldn’t rule out the idea of changing it over time if necessary.

Strumlauf said they’re planning a quick turnaround with no lapse of service upon taking over.

“Our goal is to probably close a few hours early one day and do the whole transition overnight and open the next morning. I think we can do it,” he said.

Now in his early 30s, Strumlauf said he isn’t intimidated by the numerous grocery giants that have jumped into the Richmond market in recent years, citing steady growth in Charlottesville despite many chains like Wegmans, Harris Teeter and Kroger having a foothold in the area.

“But when you break down the neighborhoods, there’s a lot of room to differentiate ourselves (at Farm Fresh).”

its so fortunate that this store will not remain vacant for even a day. I’ve been to Market Street Market and its terrific. I’m hearing that Thalhimer is clearing the 3 acre site on the 400 Block of South Hull Street. Is an announcement of a new grocer imminent?