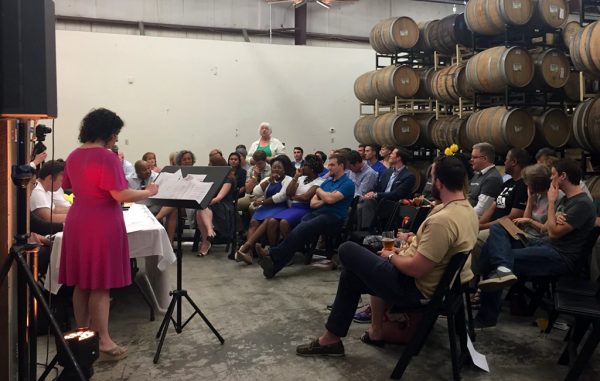 Manchester will be swarming with spellers this week, as teams representing Richmond’s business community compete to correctly form words in the name of charity.

Teams will vie for bragging rights and the coveted 38-inch, golden-bee-topped trophy, with proceeds going to Podium Foundation, which provides writing programs for Richmond youth and puts on the annual contest. Team sponsorships and other proceeds from last year’s bee raised $15,000 for the organization’s programs.

Richmond BizSense is serving again as the media sponsor for this year’s event, which will include beer from Stone Brewing and Manchester’s own Legend Brewing Co. There will be food from Chick-fil-a, Frostings, Greek on Cary, Firebirds Wood Fired Grill, Secret Sandwich Society and Station 2, and attendees can take part in a raffle for prizes from local merchants.

Thursday’s event starts with a 5 p.m. happy hour, followed by the bee at 6:30 p.m. Tickets are $35 each or $50 for a pair and can be purchased at the door and online here. Details can be found on Podium’s website. 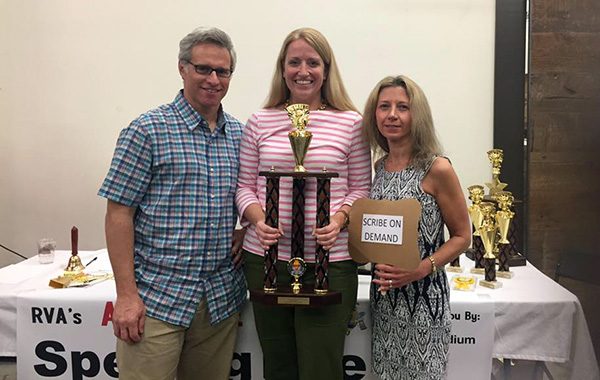