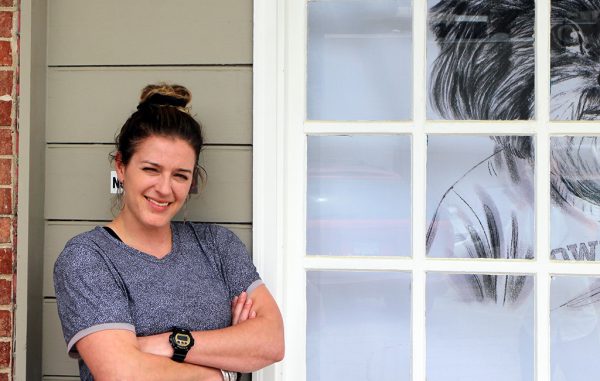 Another new yoga studio has been let off the leash in Southside.

Owner Virginia Crenshaw, a VCU alum and former Richmond Public Schools teacher, said she worked her way up to a permanent studio after a decade operating Dancing Little Stars, a mobile business teaching dance to children at schools around the region.

She decided to open her own spot for the kids and to offer something for adults.

“People kept saying, ‘Where’s your studio?’ and I’d have to say I don’t have one,” Crenshaw said. “So I was sending them to other studios around town for a while.”

She leased the 1,700-square-foot space that was formerly home to Strong Mountain Kung Fu school.

In addition to yoga and dance classes, Downward Dog offers meditation, massage, reiki and other services. Crenshaw said she wants to have something for every age group and that she has about 15 instructors and teachers on staff.

“The idea is for all (the teachers) to come bring their own thing. I can’t teach breakdancing, but if someone wants to, they can,” she said. 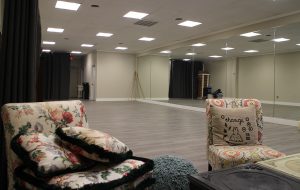 The space has a studio area and private massage room. (Mike Platania)

Downward Dog has two to three classes per day with plans to double that. Drop-in classes start at $14 with package options available.

Its new space is outfitted with one large studio area and a private massage room.

Naomi McCavitt of Thicket Design is set to paint a large mural on one of Downward Dog’s walls, and Crenshaw said she plans to put removable ballet bars around the studio.

Crenshaw said she will continue operating Dancing Little Stars. She is also an adjunct professor at VCU.