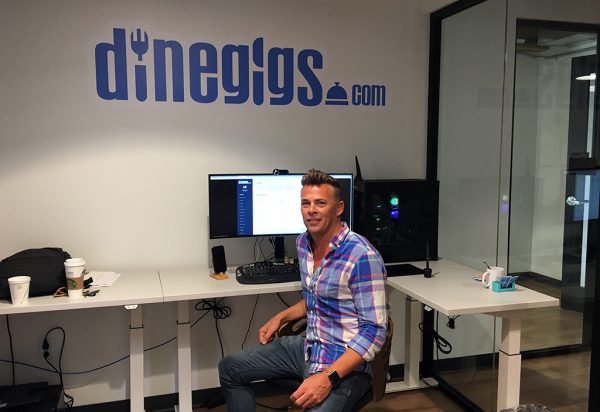 Founder Duncan Parker in his office at the 1717 Innovation Center. Photo by Mike Platania

A year-old local restaurant-tech startup is putting in an order for a big helping of cash.

DineGigs, which went live in 2017 with a job board and software offerings for the food service industry, last month opened a $5 million equity capital raise.

Founder and Richmond restaurant industry vet Duncan Parker said the company launched last year with limited offerings, such as hiring and onboarding software, and a social network for restaurants’ employees. He said he plans to use the new capital as he works for a fuller rollout, with features such as inventory management, remote control for in-house lighting and thermostats, and accounting tools.

“We kind of went into hibernation after the initial rollout (of features),” Parker said. “It was the idea to do a proof of concept, to let it get traction.”

DineGigs is planning a full launch in the second quarter of 2019, and Parker said the fundraising round will float the company through then, at which point it’ll begin bringing in revenue.

Parker is DineGigs’ only full-time employee, as he outsources all of its coding. He said he’s planning to hire six to eight full-time workers in the next two months, including chief operating, marketing and technology officers. 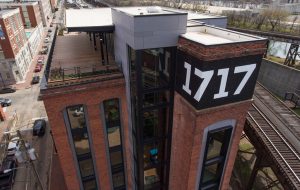 DineGigs is housed in the 1717 Innovation Center. (John Romeo & Associates)

Per a June 26 SEC filing, the minimum investment DineGigs will accept from an investor is $25,000.

Parker said he will retain a majority stake in the company following the capital raise, which he said could be DineGigs’ last fundraising effort.

DineGigs is based at 1717 Innovation Center in Shockoe Bottom, an incubator by Startup Virginia and Capital One.

“Technology has been a barrier of entry to open a restaurant. The goal for DineGigs is if you’re a restaurateur, you can sit on a beach with an iPad and run a restaurant,” he said.

He said more than 5,000 restaurants are currently using DineGigs’ features, including some local spots such as L’opossum.