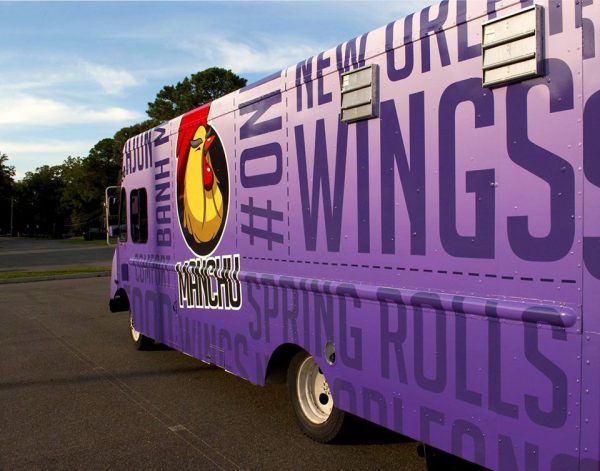 A year after rolling into Richmond, a New Orleans-inspired food truck is firing up a brick-and-mortar location in the city’s Northside.

Manchu, which serves up a mix of soul food and Vietnamese dishes, is preparing to fill a 1,200-square-foot storefront at 2914 North Ave. in the Brookland Park neighborhood. It’s targeting an early fall opening.

The Richmond Manchu is owned by Marvin Nguyen and his parents Kevin Nguyen and Jenny Cao, who brought the concept here from New Orleans.

“I grew up down there, and my dad helped my uncle Tommy launch the Manchu location in New Orleans about 35 years ago,” Marvin said. “We wanted to introduce the concept to Richmond, so we decided to do the food truck, and it quickly grew.”

Nestled on the edge of New Orleans’ Seventh Ward, the original Manchu has become a dining institution with locals in the surrounding neighborhoods – even garnering national attention by visiting chefs and celebrities, and its brief cameos in videos for the city’s growing “bounce music” scene.

The Nguyens launched the food truck here about one year ago, with a menu that includes its ghost pepper and sticky garlic-fried chicken wings, spring rolls and Banh Mi sandwiches.

The move into Brookland Park was spurred in part by neighborhood developer and landlord Kyle Johnston trying the food from Manchu’s truck, getting to know Marvin Nguyen and then trying the food at the New Orleans outpost while on a trip down south. 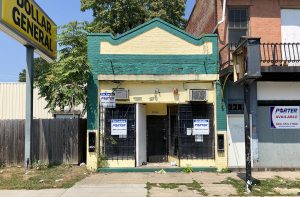 Manchu will open up its first brick-and-mortar location at 2914 North Ave. in Brookland Park this fall. (J. Elias O’Neal)

Johnston eventually signed Manchu into a lease in the North Avenue building, which he bought through his company Hampton Nash about a year ago, along with the two-story building next door at 2916 North Ave. Wilson Flohr with Porter Realty represented Johnston in the Manchu lease.

Unlike the New Orleans location, where it serves as a convenience store and carry-out location, Richmond’s Manchu location will only serve food, Marvin said. He added the kitchen will take up much of the available space in the building, making the location a takeout-only spot that will be open seven days a week.

“There are a lot of people walking around that live nearby, and that was appealing to us,” Marvin Nguyen said of the neighborhood. “It already has this vibe that our original place in New Orleans has, and we think it’s a great area with a lot of potential.”

The permanent location also will allow Manchu to expand its Richmond offerings to include daily house specials, gumbo and its Manchu popcorn chicken, made with basil and garlic, and mixed with sweet potato flour before it’s lightly fried.

“Having a kitchen really allows us to try different things and really grow what we offer,” Marvin said. “That’s something we can’t do in a food truck.”

Once operational, Marvin said the family plans to park the food truck, rolling out the purple vehicle for special events such as concerts and festivals.

“It’s not totally going to go away,” Marvin said of the food truck. “We’re just going to be focusing most of our time on the restaurant, and being a part of Brookland Park.”