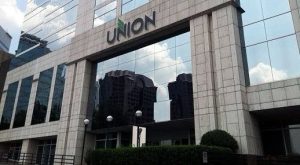 Union is headquarters in the James Center downtown. File photo

As it settles into its new, larger size following an acquisition earlier this year, one of Richmond’s biggest banks is trimming some branches around the state.

Those would follow the closure of three local branches in May at 3432 Pump Road, 9681 W. Broad St. and in the James Center at 901 E. Cary St., the latter being the former headquarters and downtown branch of Xenith Bank, which Union acquired in January in a deal that gave the combined institutions $13 billion in total assets.

Union said the seven are set to close in August, and they include the bank’s Brook Run location at 5950 Brook Road.

Union owns four of those seven and the bank said it will put those properties on the market for sale. Those locations are 1330 Parham Circle in Charlottesville, 1095 Millwood Pike in Winchester, 2101 Forest Ave. in Buena Vista and 485 Chesapeake Drive in White Stone.

Union said it expects one-time expenses of $474,000 related to the branch closures, it estimates $2 million in savings annually.

The bank will have 140 branches once these seven are closed as expected in August. 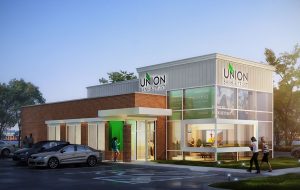 Rendering of the planned branch on Iron Bridge Road. (Union)

That count will rise by one when Union completes a planned-from-scratch branch at 10620 Iron Bridge Road in Chesterfield.

The bank also has been shedding other assets this year since the Xenith deal closed. In May it announced it was winding down its residential mortgage arm. Last month it sold off its Shore Premier maritime finance division, which it inherited from Xenith, for $375 million and other considerations.

It also disclosed that in June, it sold off $206 million in consumer home improvement loans that had been originated through a third party but held on the bank’s books.