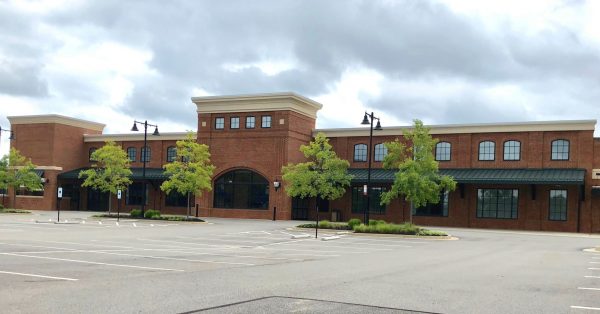 Filling a hole left two years ago by the abrupt departure of its retail anchor, an emerging mixed-use project in Henrico has reeled in a major office tenant that will bring with it hundreds of employees.

The company will house 200 workers in the building, which went dark in 2016 when Southern Season, a Chapel Hill, North Carolina-based gourmet market, closed after less than two years in the space.

Lumber Liquidators’ move to Libbie Mill is expected to be complete by the fourth quarter of 2019. The company would enter into a 123-month lease for the space that would start around Oct. 1, 2019, according to an SEC filing. Its existing lease for its 312,000-square-foot complex in Toano ends Dec. 31, 2019.

The new headquarters will add to Lumber Liquidators’ presence in Henrico, as it opened a 1 million-square-foot distribution facility in White Oak Technology Park in the eastern part of the county five years ago.

“We look forward to expanding our presence in the city of Richmond and Henrico County, and benefitting from bringing the corporate team together in one location,” Lumber Liquidators CEO Dennis Knowles said during the company’s second-quarter financial results conference call Tuesday morning. “It is the right time for us to relocate to a smaller facility in a metropolitan environment.”

The company’s headquarters move to metro Richmond also would be a homecoming of sorts.

Founded in Massachusetts in 1994, Lumber Liquidators was based in Colonial Heights beginning in 1999, before moving its offices to Toano in 2004.

The effort to get the company to replant its HQ flag in the region has been nearly six years in the making, said Barry Matherly, president and CEO of economic development group Greater Richmond Partnership.

“We first met with Lumber Liquidators’ leadership team around December 2012,” Matherly said. “At the time, they were considering moving their corporate headquarters somewhere else. It’s been an evolving process for them.”

The company searched several locations across the region for its new HQ, Matherly said, including office and retail space in Richmond and Henrico. It also searched in North Carolina.

Shortly after announcing its plans for a new distribution facility in the county in 2013, Matherly said GRP was contacted by Chris Lloyd of McGuireWoods Consulting, who served as Lumber Liquidators’ chief site selector for its headquarters relocation.

There were no state economic development incentives involved in the deal, Matherly said.

For Gumenick, the deal marks a continuation of the developer’s recent shift at Libbie Mill toward more office space.

Skip Nash, vice president of property management, said the company has seen a strong uptick in office space inquiries, so much so that it recently announced plans for Harp’s Landing, a six-story, 142,000-square-foot office building beside Libbie Mill Library, in the center of the project between Staples Mill Road and Libbie Avenue.

“It does reinforce our effort to move forward with more office,” Nash said of the Lumber Liquidators deal. “Having an office user take over that space was the right use for that building.”

The Harp’s Landing plot had been slated for additional for-sale residences, but demand for new office space has forced Gumenick to retool parts of its master plan with more office in mind. Nash said.

“We’ve been approved for up to 1 million square feet of commercial space,” Nash said. “We are preleasing the space now, and once we reach a certain percentage, then we’ll decide on whether to start construction on Harp’s Landing.”

Gumenick also secured the recently closed Wells Fargo branch near the corner of Bethlehem and Staples Mill roads at 2420 Staples Mill Road last month for $1.35 million. The company is still determining the best use for that site.

Aside from moving its headquarters to metro Richmond, Lumber Liquidators also is planning to relocate its Toano retail showroom to Williamsburg by 2019. It also plans to power down its finishing operations in the Toano complex over the coming months, in favor of farming those functions out to a third party.