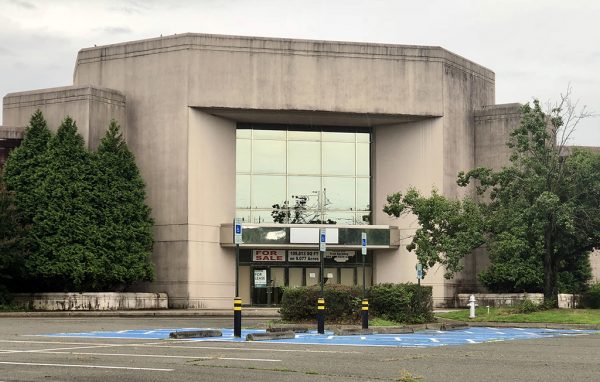 A group of local investors has bagged the bones of a closed department store at a struggling Henrico mall and is weighing how to re-use the property.

Impact Investments Group last week purchased the vacant Macy’s building at Virginia Center Commons for $1.3 million, according to a deed on record at the county. 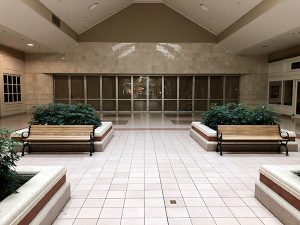 How Macy’s looks on the inside today.

David Kalman, a broker with Colliers International who represented Impact Investments, said the group is mulling several ideas on how best to redevelop the space, which could include keeping it primarily commercial or converting all, or part of it, into mixed use.

“All options are on the table,” Kalman said. “We’re coordinating with the mall and looking at all opportunities for the space.”

Kalman would not identify the people behind Impact Investments, nor any of the group’s previous investments in the Richmond area.

He said they have had initial talks with Henrico County planners about the Macy’s property, but have not submitted any plans for the site.

Macy’s was the seller and was represented in the deal by CBRE | Richmond brokers Rob Black, Robby Brownfield and Chris Doyle.

The retailer put the property on the market after closing it in 2016 in a round of store closures nationwide. A year later, Virginia Center Commons was sold to New York-based Kohan Retail Investment Group for $9 million.

Kohan’s purchase included 577,000 square feet comprising the main arteries of Virginia Center Commons, but did not include the buildings occupied and owned respectively by J.C. Penney, Sears and the former Macy’s, all totaling 338,000 square feet.

Virginia Center Commons remains home to several local, regional and national retailers, though not nearly the number reached during the 1990s and early 2000s. BizSense counted at least 40 vacancies in the malls 98 retail storefronts, along with one food court vacancy Thursday afternoon.

In addition to J.C. Penney and Sears, the mall’s other larger tenants include Burlington Coat Factory, gym chain American Family Fitness, and Powhatan-based Dixon’s Auctions & Estate Sales, which recently opened a 23,000-square-foot operation at the mall.

Some of its other more recent arrivals have been service providers such as an African braiding and Dominican hair salon, along with several jewelry stores and various seasonal kiosks.

“They have a positive outlook on the area, and want to take advantage of the opportunity this property has made available,” Kalman said.

It’s prime real estate but not as a mall. The entire property needs a hard reset. AmFam is doing well but I’d flatten the rest of the mall, redo the traffic pattern and redevelop the property. A large project is beginning behind the Publix with new homes and apartments so there’s still great value in the property, just not as a mall.

I would get a portion of the mall and put an IKEA and/or Wholesale store in that spot. Or redevelop that mall into what West Broad Village is.

IKEA??? If Richmond ever had the population, the disposable income numbers, and the retail store model was not dying that would be in Short Pump not Brook Road. This mall started died when the economy was booming. Three owners since 2014, two plans to redevelop including on to open it up and both died. If you want a sad laugh Google current owner. The firm that owns it bought Berkshire Mall in 2016, also built late 1990s, and maintenance is so bad they did not clear the snow from the parking lots. One OH article reads “If you are really… Read more »