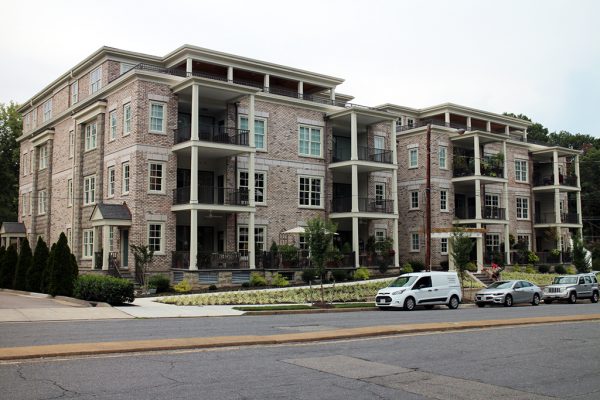 One of the two top-floor units of a new condo development in the Libbie and Grove area has sold to a former executive of what was once one of Richmond’s best-known companies.

“The Cary” penthouse at 512 Libbie Ave. unit 7 in The Tiber, a recently completed 15-unit development at Libbie and Guthrie avenues, sold June 30 for $1.62 million, above its list price of $1.5 million.

City property records identify the buyers as Andrew and Virginia Lewis, who purchased the 3,500-square-foot unit through a living trust.

Andrew Lewis is a former CEO and president of Best Products Co., the national catalogue-retail chain founded by his parents, Sydney and Frances Lewis.

He served as president from 1976 to 1984, when he succeeded his father as chairman and chief executive before resigning from the company in 1987. Best Products went out of business 10 years later. 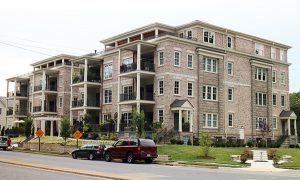 One unit remains for sale in the main building. (Jonathan Spiers)

The Lewises were represented in the penthouse purchase by Donna Austin with Henrico-based Austin Properties. Austin would not comment on the transaction or discuss her clients.

The listing agent for the penthouse was Engel & Volkers’ Page George, who has been selling the Tiber units for Libbie Guthrie Co. LLC, the development entity led by her husband John George and local businessman David Posner.

Page said the purchase leaves one condo unit remaining for sale in the 14-unit main building, which was completed last year after a legal dispute between John George and his original partners on the project stalled construction for several years.

The other penthouse, 514 Libbie Ave. unit 7, is under contract to Posner, who would not say how much he is paying for it. A city assessment valued each of the penthouses at $1.29 million.

Ten of the building’s other 12 units sold between November and July at prices ranging from $677,000 to $844,600, according to property records. Another unit is under contract and set to close soon, Posner said, and a detached cottage unit at 5803 Guthrie Ave. remains for sale with an asking price of $899,000.

George said the Lewises were interested in the penthouse unit specifically and put it under contract in early October.

Totaling six rooms, the single-level floor plan includes a living room with gas fireplace and wet bar with access to a front terrace with fireplace, ceiling fans and outdoor kitchen. The master suite includes access to a covered porch – one of two rear outdoor spaces that bring the unit’s total outdoor living area to 1,300 square feet.

The Lewises are moving to The Tiber from their previous residence in eastern Goochland County. Austin also is representing the couple in the sale of that home – a four-bedroom, 5,700-square-foot house on 5 acres at 16 Dahlgren Road, which Austin has listed at $1.35 million.

County property records show the Lewises purchased that house in 1993 for $636,000. The house is just west of another notable listing: Rob Ukrop’s home at 311 Randolph Square Parkway, recently reduced in price to $1.69 million.