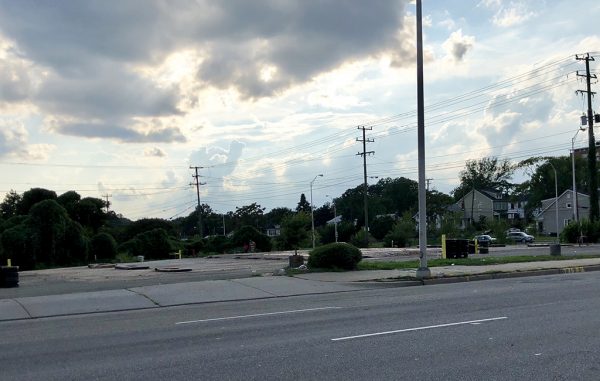 Updated Wednesday morning to include a comment from Wawa:

A deal to bring a Wawa to Manchester has been terminated.

John Zehler, one of the owners of the former Citgo gas station at 418 Cowardin Ave., said he received a call Tuesday morning from the developer informing him that Wawa was no longer interested in the site “because of security concerns.”

Zehler would not identify the developer.

The property, along with the neighboring 0.6-acre parcel at 406 Cowardin Ave., had been under contract for a Wawa location, Zehler said.

Wawa, in an emailed statement Wednesday morning, said “All factors are considered with every site we review including community size, safety, traffic counts, growth projections, competitive landscape, timing and other economic data.”

It added: “… while we are disappointed that this particular project did not work out, we will continue to pursue new locations within the City and the region.”

With the deal now dissolved, Zehler said the properties will go back on the market for sale. The gas station property, on about 1.7 acres, is listed for $1.73 million. The neighboring parcel is listed at $995,000. 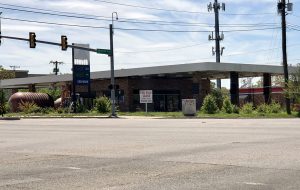 The Citgo gas station was bulldozed off the site earlier this year. (J. Elias O’Neal)

BizSense first reported Tuesday morning that Wawa was considering the site for what would have been its third location in the city.

The Pennsylvania-based brand, known for its hoagies and snacks, recently met with the city planning department’s development review committee about the Cowardin Avenue site. A formal plan of development had not been filed.

They’ve owned the Manchester property for nearly 25 years through EZ Land LLC. The Citgo gas station that had been on the site closed in early March and was razed in May.

Prior to Wawa’s interest in the site, Zehler said in late April that several retailers and commercial users, including Chipotle, had shown interest.

Wawa is still growing its store count across the region, with nearly 30 locations throughout metro Richmond.

The chain is preparing to open three new area locations this fall across the region, including at 610 England St. in Ashland and 16000 Otterdale Station Way in Chesterfield, according to its website.

It also is nearing completion of its 3100 N. Blvd. station on the northeastern edge of Scott’s Addition. Once open, it would be the company’s second Wawa within Richmond city limits, joining one at 7316 Forest Hill Ave. near Chippenham Parkway on the Southside.

This is located in Swanboro, not Manchester.

Wonder how much is real vs hype to raise the price of the land. Chipotle franchisees rarely own their buildings and why would a fast casual national retailer jump into that area. Wawa also is a stretch as look at them in RVA with most being near interstates and MAJOR roads. Cowardin and Semmes is busy but it ain’t Broad and Blvd near 64. Maybe numbers could work but they are also 24 hrs, can you really see a 24-hr store in that area. Manchester and Swansboro are coming along but not that fast.

Bruce they were looking at it with such interest and so long that they cancelled the deal the day after a local article ran potentially because of a shelter whose operators have not even filed their special use permit. Their interest sounds about as concrete as the retailers that were listed at the cancelled Outlets of Richmond. Forget the shelter, I stand by the comments the numbers would not work at that site AND even without the shelter the potential for issues at a 24 hour store in that area is too much of a liability. I have the feeling… Read more »

I really don’t think this has anything to do with the homeless shelter. The area just isn’t progressing fast enough in the area of crime to invest. This is why I have concerns about the Model Tobacco build further down Jeff Davis. I’d really like to see a revival in this area but it’s got to overcome the safety stigma to open people up to really investing in the area.